The Berber people are a large ethnic group living in the North of Africa better known as the Maghreb region. The Berber people mainly live in Morocco, Algeria, Tunesia and Libya. The origin of the Berber people dates back to ancient Egypt times, but our focus will be on the 17th till 19th century, customary with our sword presented here. During the 17th century a large community of pirates lived in the Northern regions of Africa, called Barbary. The name Barbary lies in the fact that Islamic pirates and buccaneers were plundering the waters of the Mediterranean Sea and were due to their religion falsely named barbarians by the European upcoming trade forces. These, from origin Ottoman pirates, were highly active in the slave trade in Southern Europe, European colonial islands and even Iceland and America.

The current Berber people prefer themselves as Amazigh people consorting their culture with other Berber people who live in the Maghreb area. The main tribes within the Berber people are the Chleuh, Imazighen, Touareq, Riffians, Chenwa, Kabyle and Saharan Berber. Our sword originates most likely from Tunesia and probably dates from the late 18th to early 19th century.

The sword blades from these regions are often imported from Europe or copies made of European swords. A common mark we encounter on blades in the North African region is the ‘double half moon’ mark which originates from Genua and Solingen. In 1954, Henri Lhote writes the following in his book ‘Note on the origin of Tuareg’s sword blades‘:

”II and III- Genovese marks, but also done in Germany, in Solingen, by Clemens Stamm (circa 1590); in Italy, in Padua, by Pietrus Antonio Furmigano (circa 1565); in Spain, by Juan Martinez from Toledo (circa 1565) and also by Pedro de Belmonte, of which we already spoke. The Tuareg craftsmen, who call that mark ayor, the moon, or télit, have imitated it frequently.”  He referres to a small illustration depicted below.

The hilt:
Consisting of three parts, a guard, hilt and pommel. All made of horn and showing a decoration of circled patterns. The guard has two protruding ends facing towards the hilt. It reminds me of the crocodile-esque shapes Filipino kampilan hilts, perhaps a crocodile was stylistically depicted here, yet I have found no evidence proving this. The handle is made of a single piece of horn, flowing into the guard. The pommel is hollow and covered with a piece of metal, possibly an old restoration or originally ment to reïnforce. The pommel is peened to the hilt but shows movement, I presume it was meant to be this way.

The blade:
Long stretched, double edged with a sharpened and re-shaped tip. The blade is heavy and long and seems more suitable from horseback then on foot. However, many blades from this region and era are mostly long stretched and not always perfectly balanced when remounted. The blade seems to be a European imported blade dating from the 16th or 17th century. It features three fullers on each side ending in one single fuller which runs down towards the tip. The tip was re-shaped which seemed to be done for effective use, not per-sé due to damage. The edges do show battle damage on both side, believing this to be a well used functional sword.

Condition: Good condition, the horn is worn and suffered from termites on several points. The blade shows traces of ware, but is still in very good condition. Overall condition is good, especially considered its age and environmental challenges. 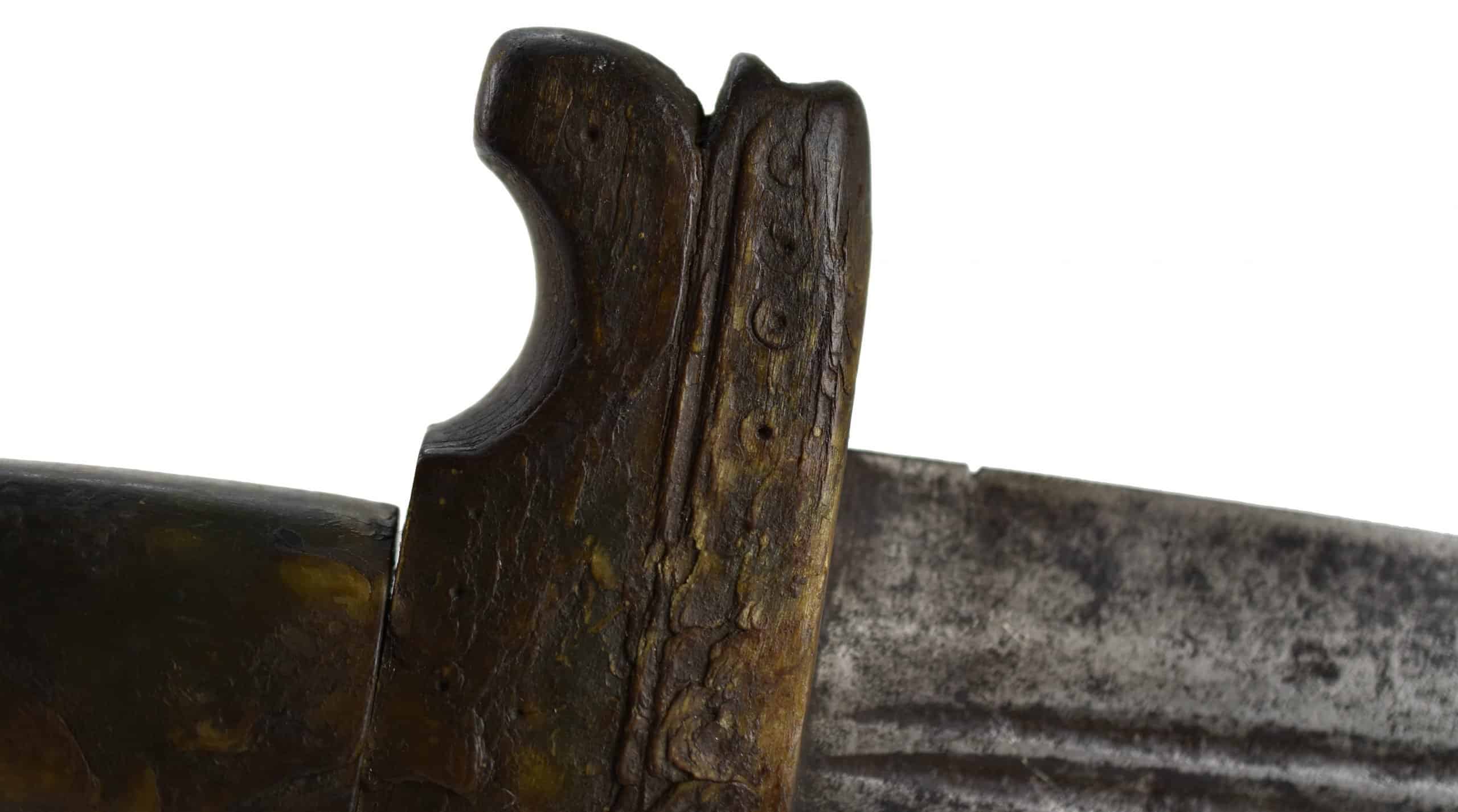 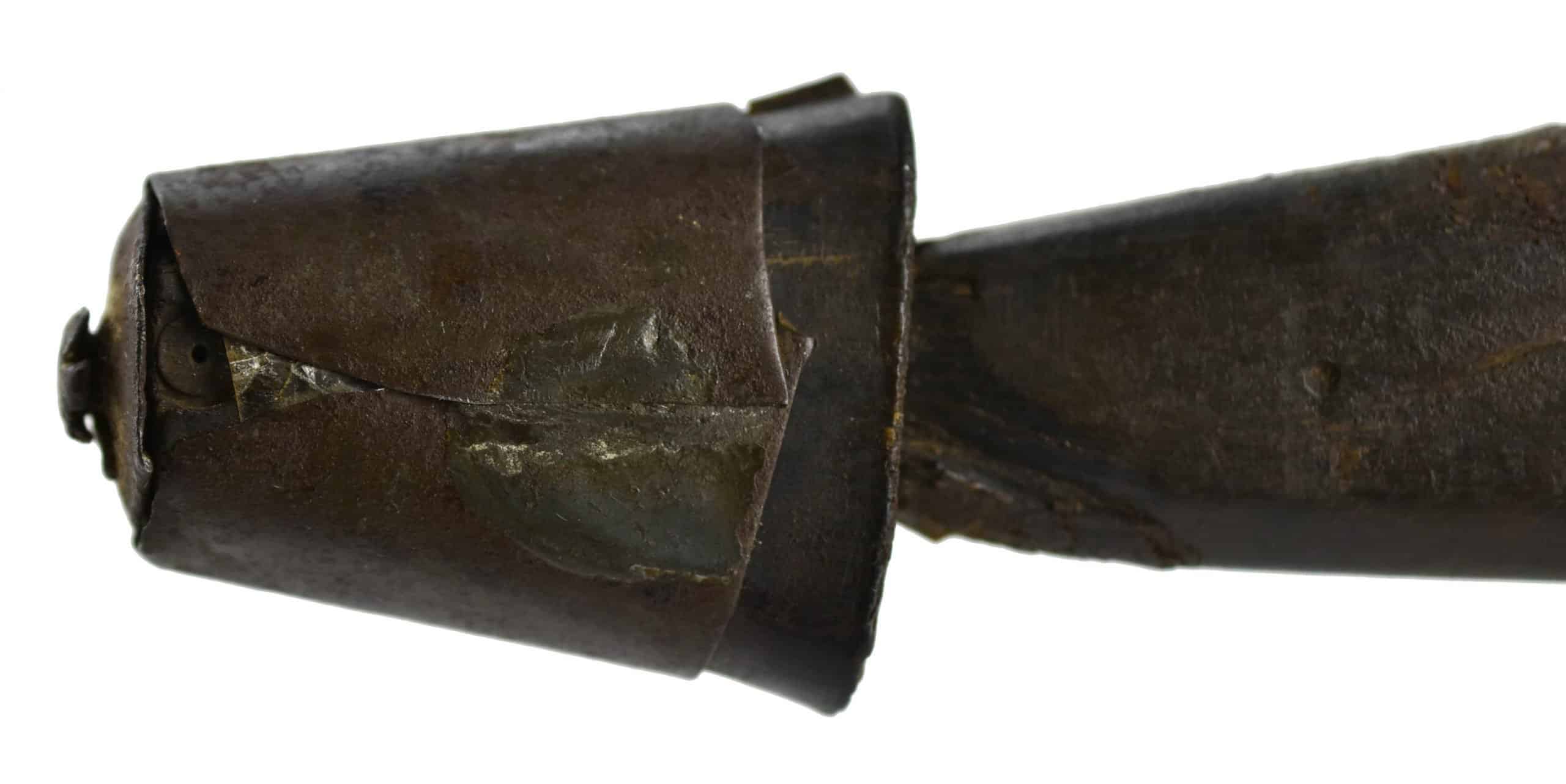 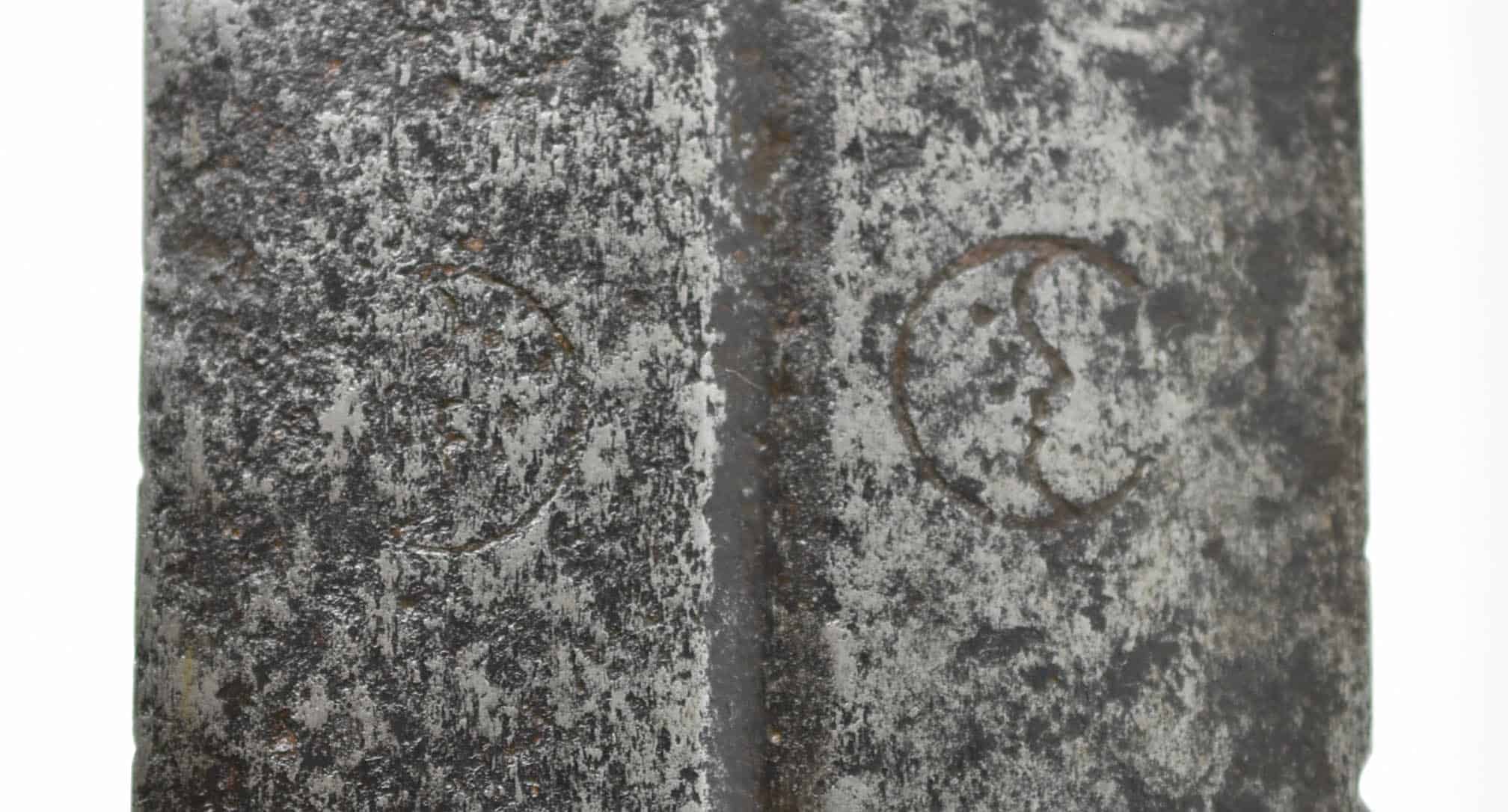 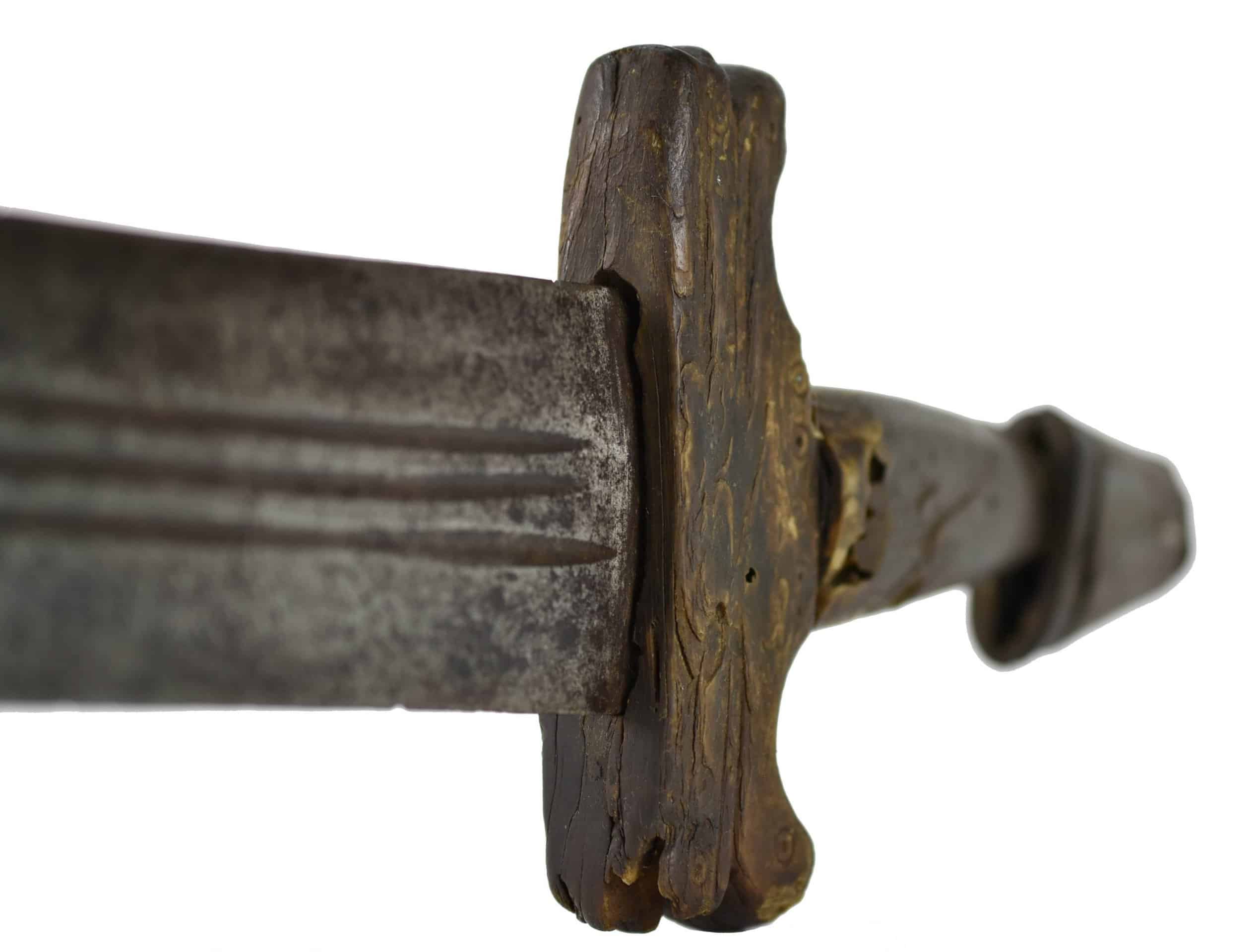