The smallsword was the weapon of choice among gentlemen and slowly replaced the traditional rapier during the late 17th century. It was worn by the military, but also among civilians, in first instance for self-defense or dueling, but later on more as a status symbol to show their social rank. In addition to the rapier, the smallsword was shorter, light weighted and therefor much easier to thrust with.

Smallswords were often heavily decorated with precious materials to show the owners social rank. The basics of the hilt are made of steel, silver or bronze and often show a decoration pattern custom to its age. British smallsword hilts are often made of plain steel and decorated with steel beads or pearl rims, usually made in the region of Woodstock and Birmingham. The Dutch hilts were mostly made of chiseled steel and show French influence. The French hilts were commonly made of chiseled steel, depicting military or fashionable figures. What all origins have in common is that in many cases, the blades were imported from Germany and especially Solingen. Our example shown here has a typical French hilt with an imported Solingen triangular blade.

When it comes to smallsword hilts, it can be described generally the same in many cultures, with only a few exceptions known. They show a rather round or fluted pommel which is riveted to the blade. The handle is made of wood, mostly semi conical and bound in iron, silver or brass wire which shows a ‘Turkish knot‘ at both ends. The fingers are protected by a ‘pas d’âne‘, a rounded finger protection which also provides a firm grip in hand while thrusting. The guard is rounded and made of one piece with rounded ends on both sides of the hilt. A knuckle bow provides additional grip and protection while in use. 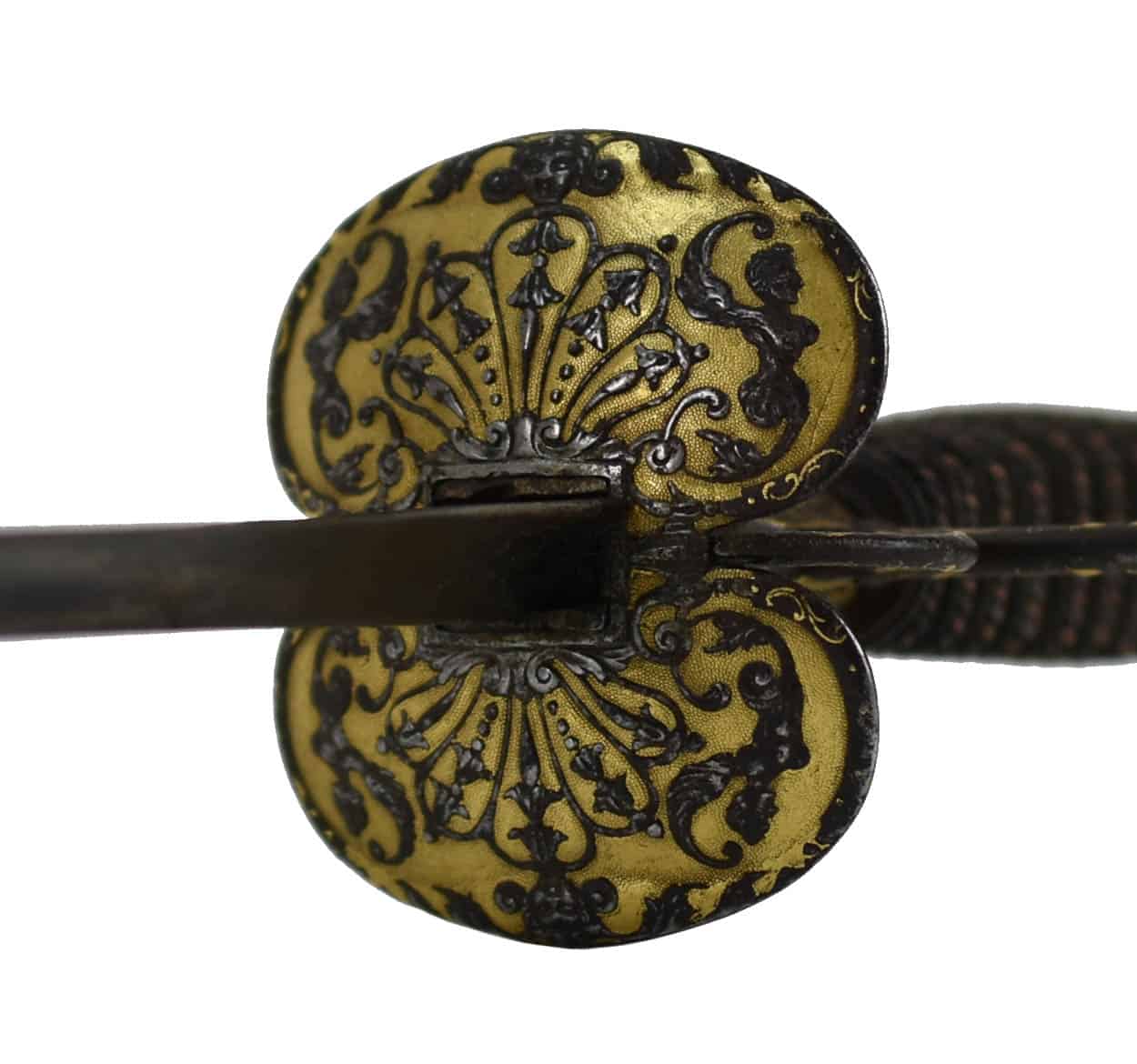 Decoration:
A typical French decoration style is chiseling steel with fashionable motifs as presented here, inlayed with gold. The decoration shows a mixture of renaissance and classical styles and depicts the goddess ‘Nikè of Samothrake‘ accompanied by fleur de lis and baroque masks. The classical decoration indicates that this sword was most likely worn by a high civil rank, due to the fact that military officers usually had military attributes depicted such as cannons, drums and swords.

Of triangular section to make it suitable for thrusting rather then slicing. The blade was made in Solingen, Germany and bears the initials ‘V & J‘ which I ran through Staffan Kinman’s database without succes. The verso of the forte shows a clear ‘Solingen‘ mark. The blade is partially blued and shows gilded engraved decoration of floral motifs in Louis XVI style and a pike with trumpets and guirlandes. The largest part of the blade towards the tip shows a clear steel finish.

Condition: Very good, there is some ware on the blade, at some points there is minimal gold loss. The thumb-rest is slightly bent, but doesn’t show any cracks. All considered in good condition. 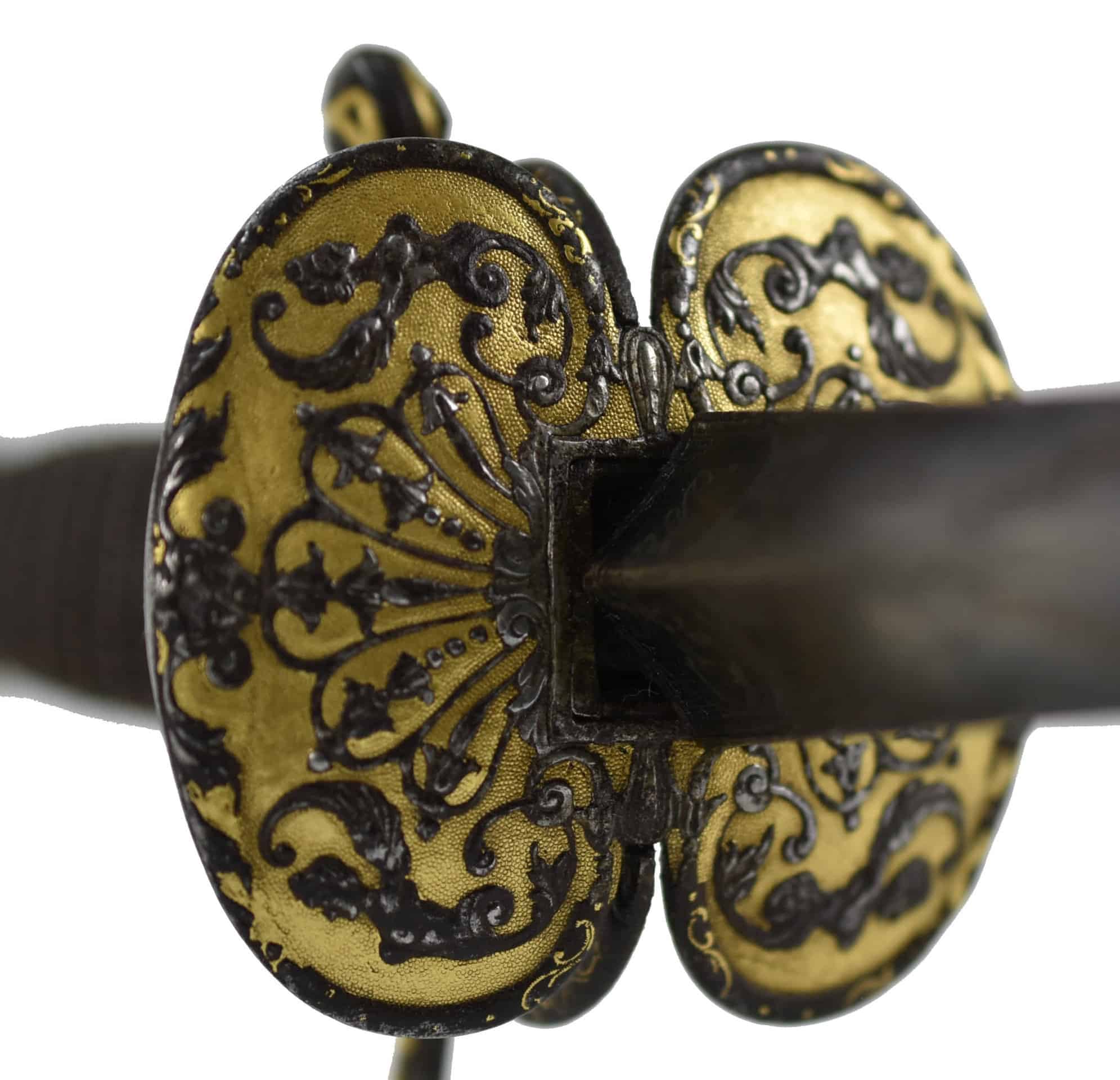 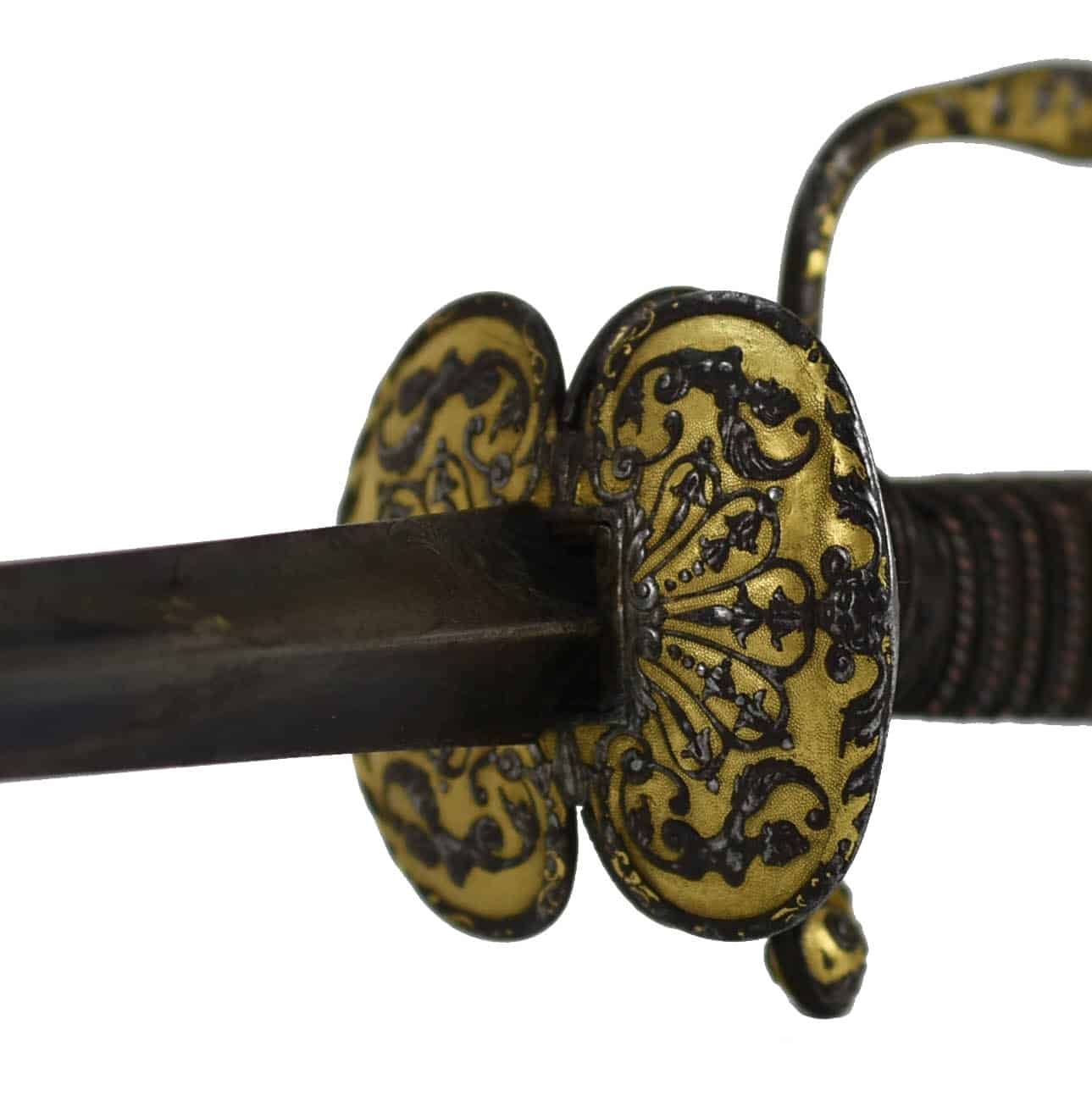 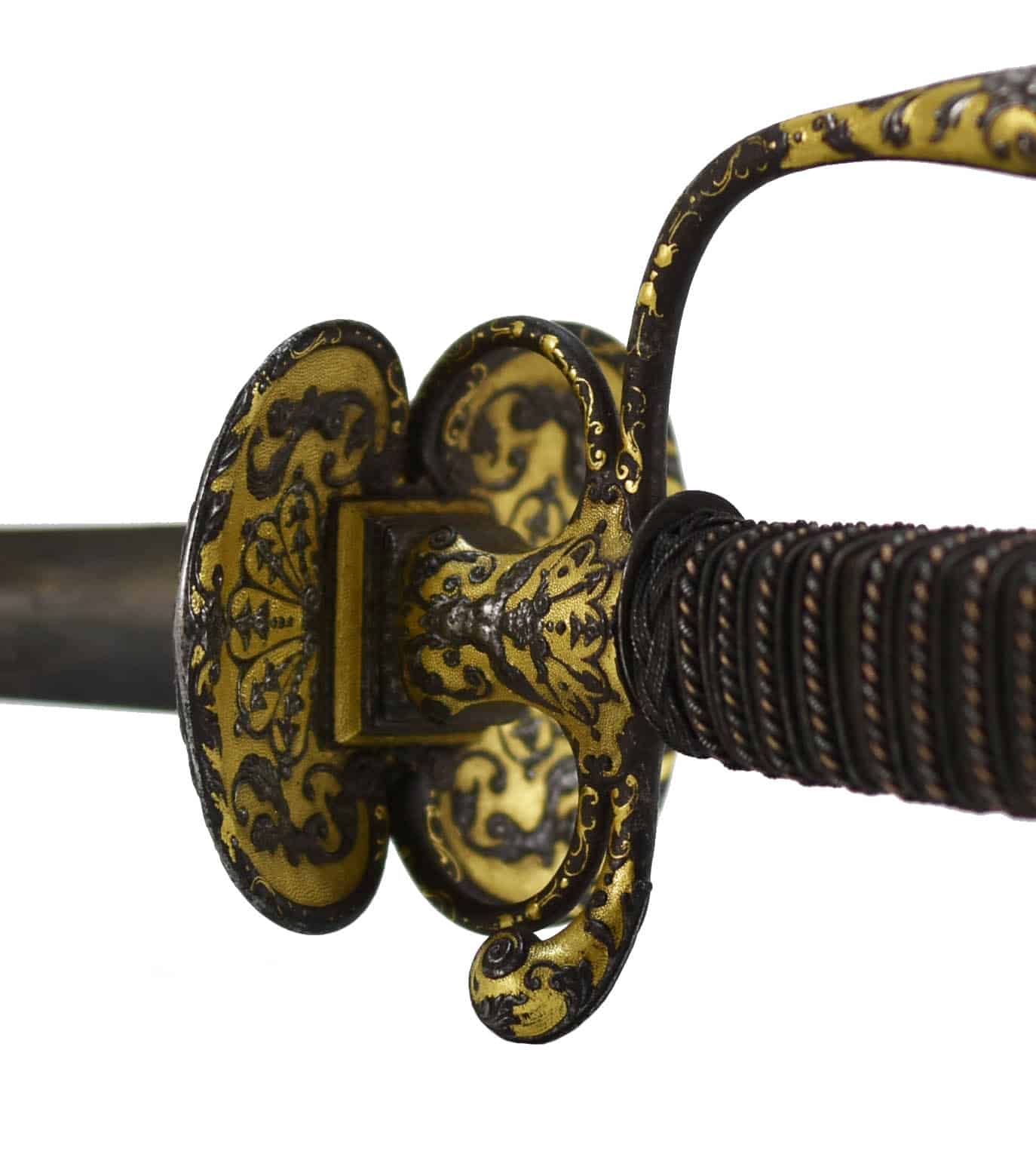 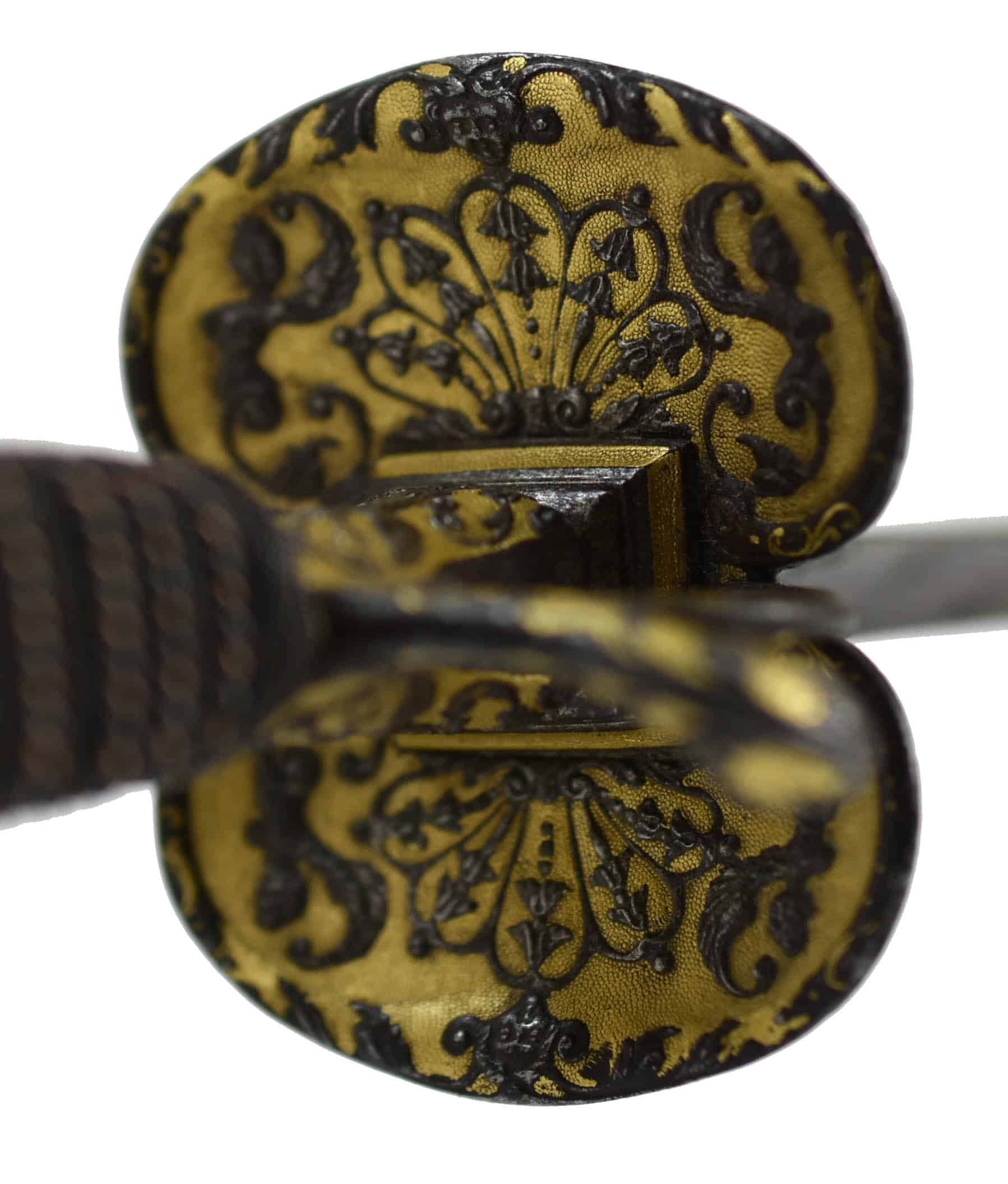 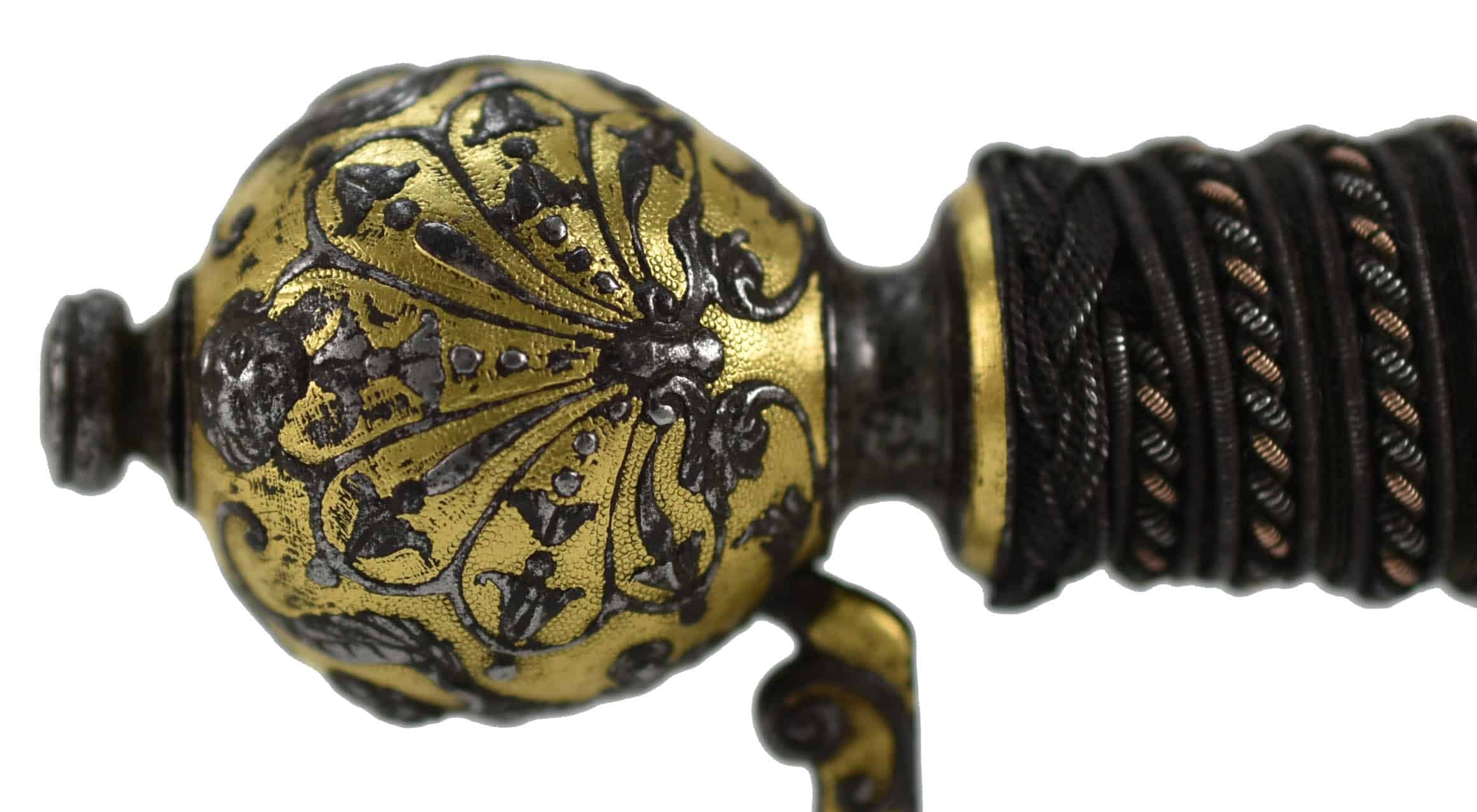 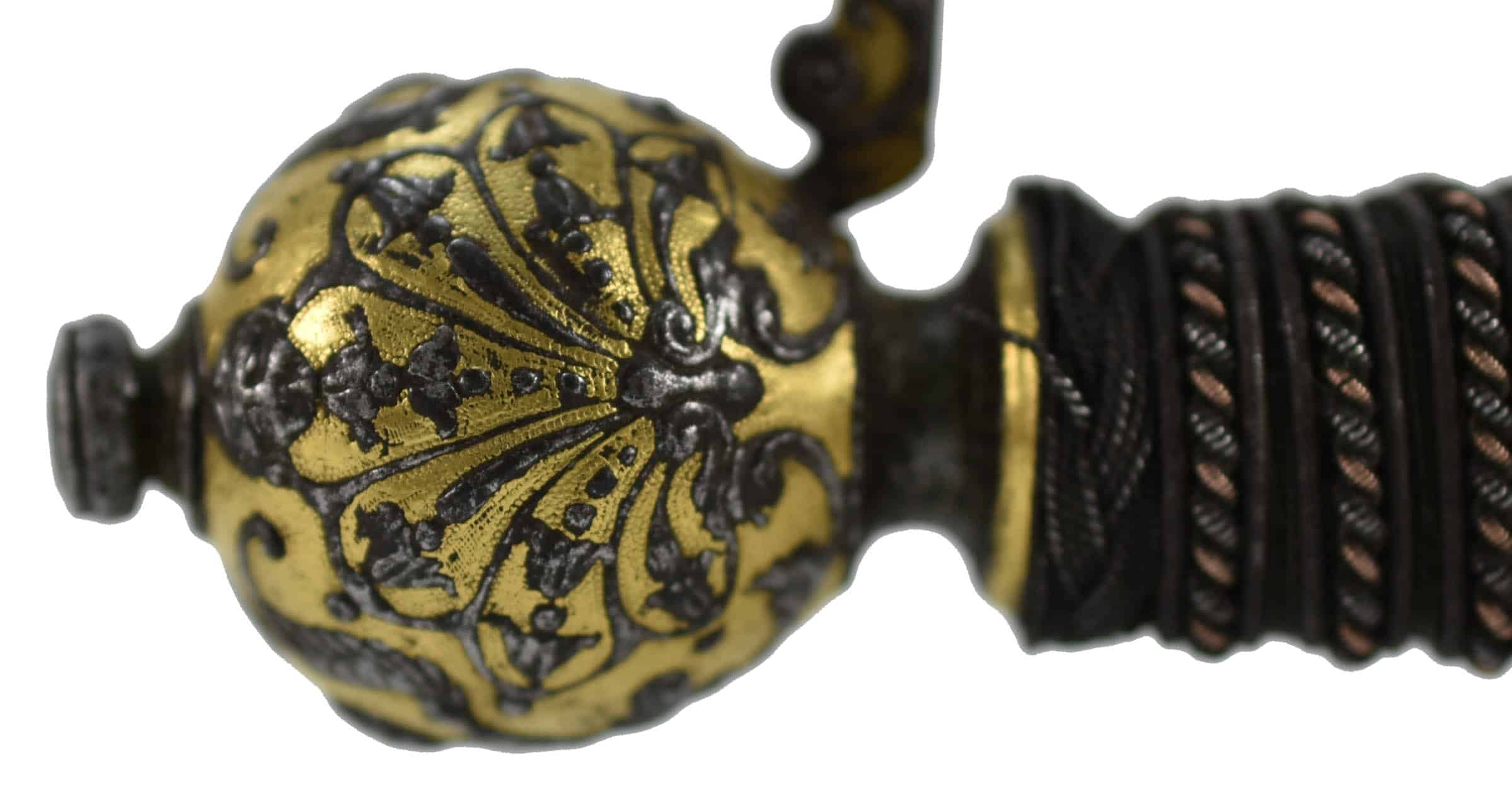 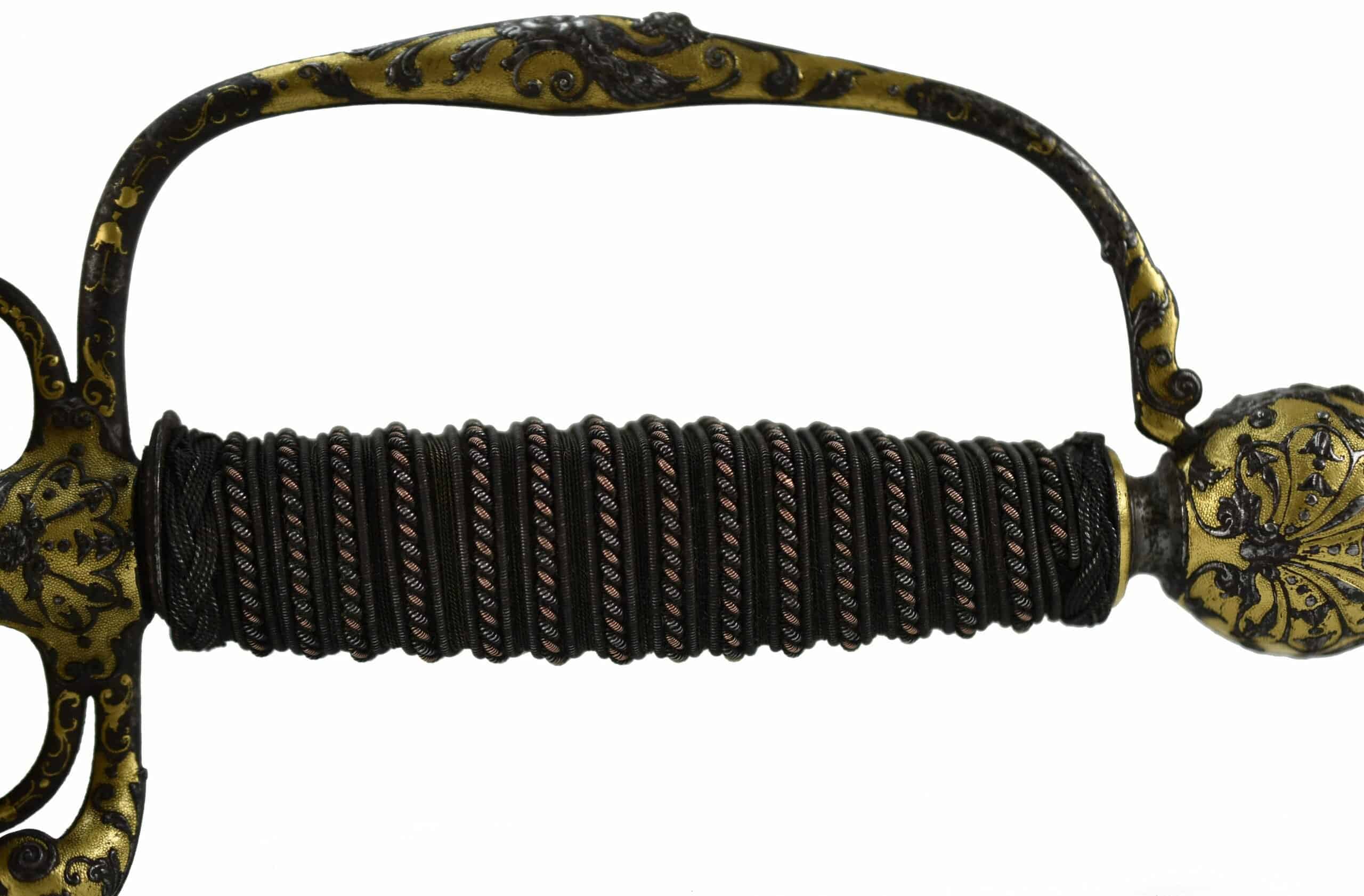 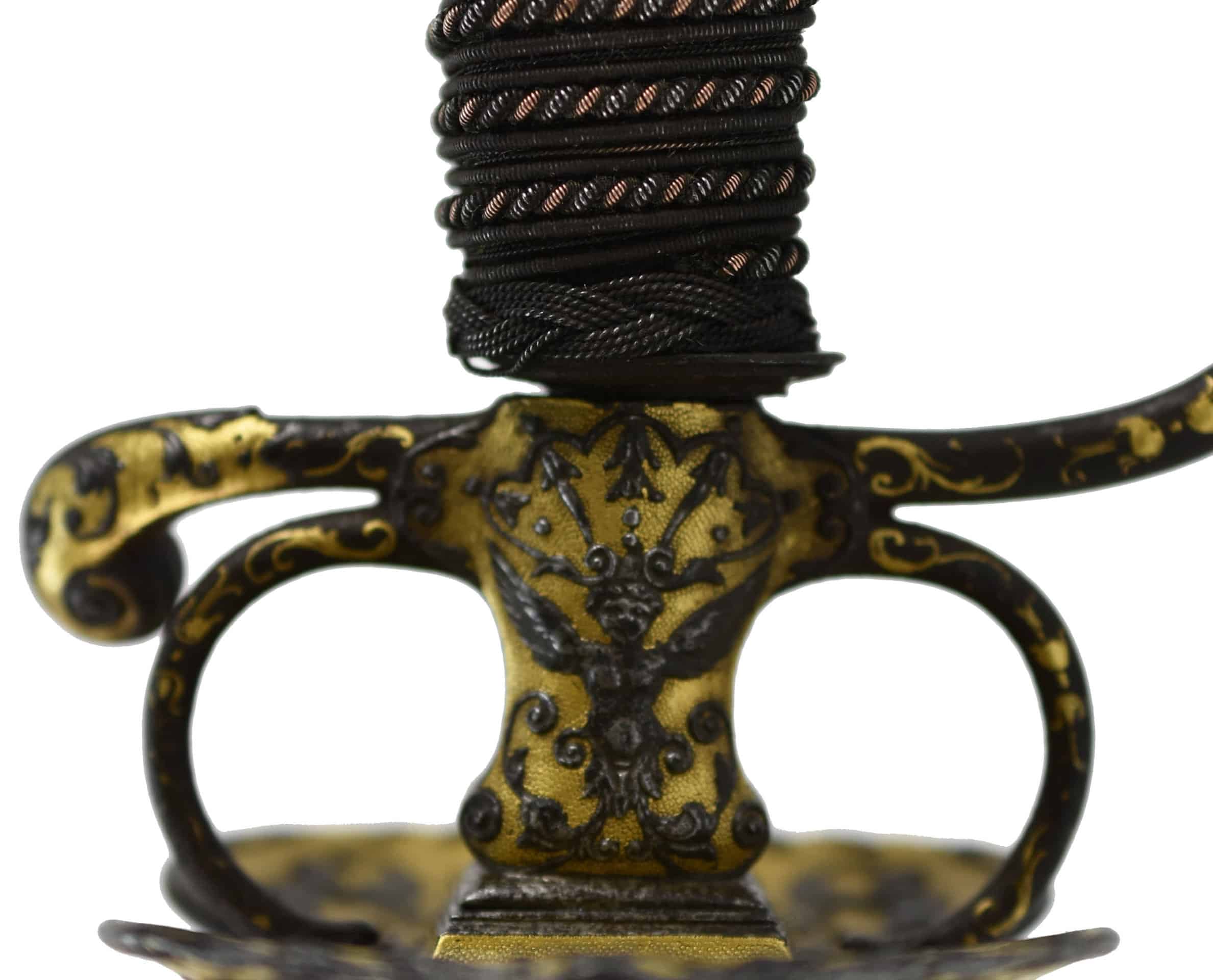 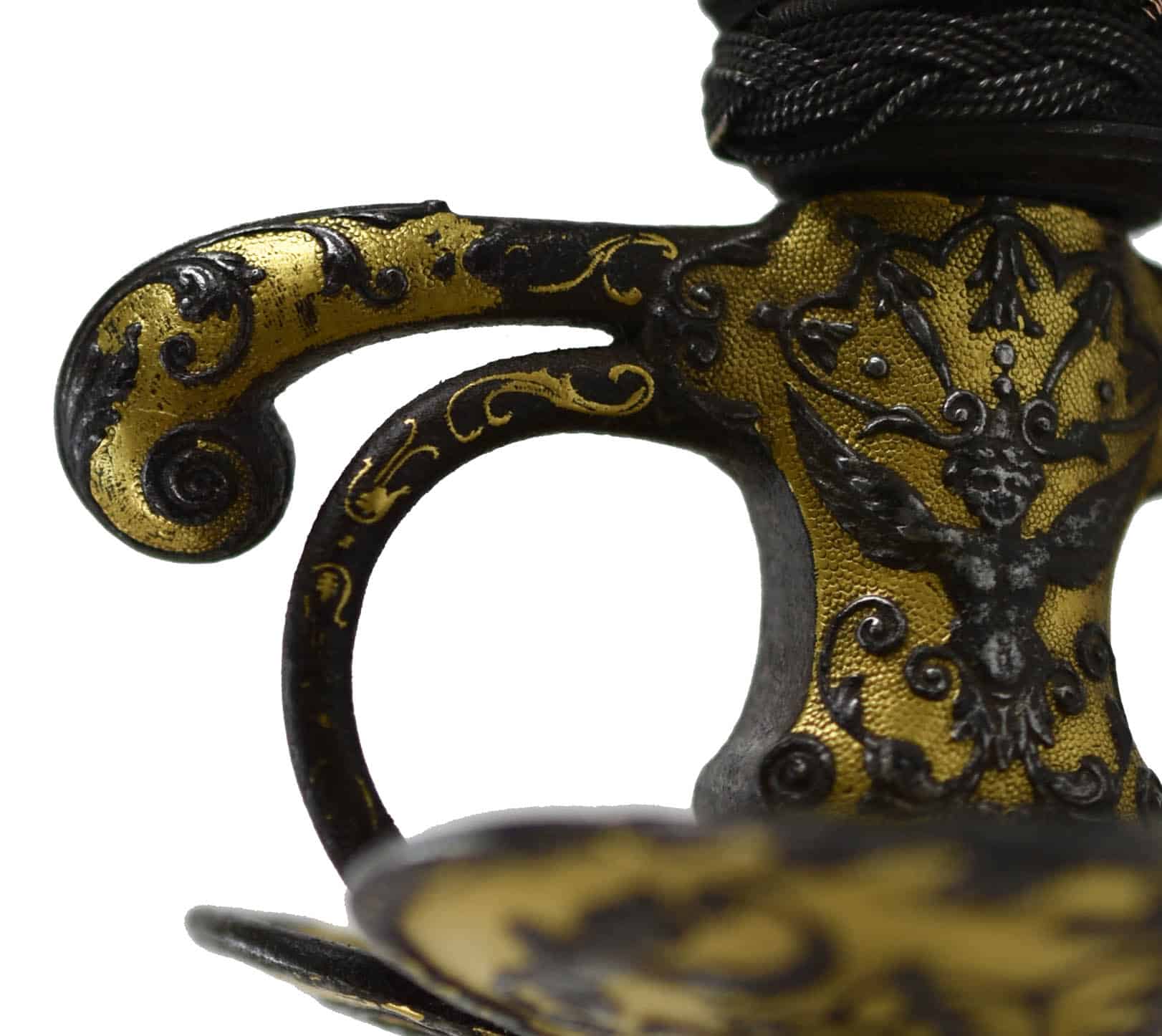 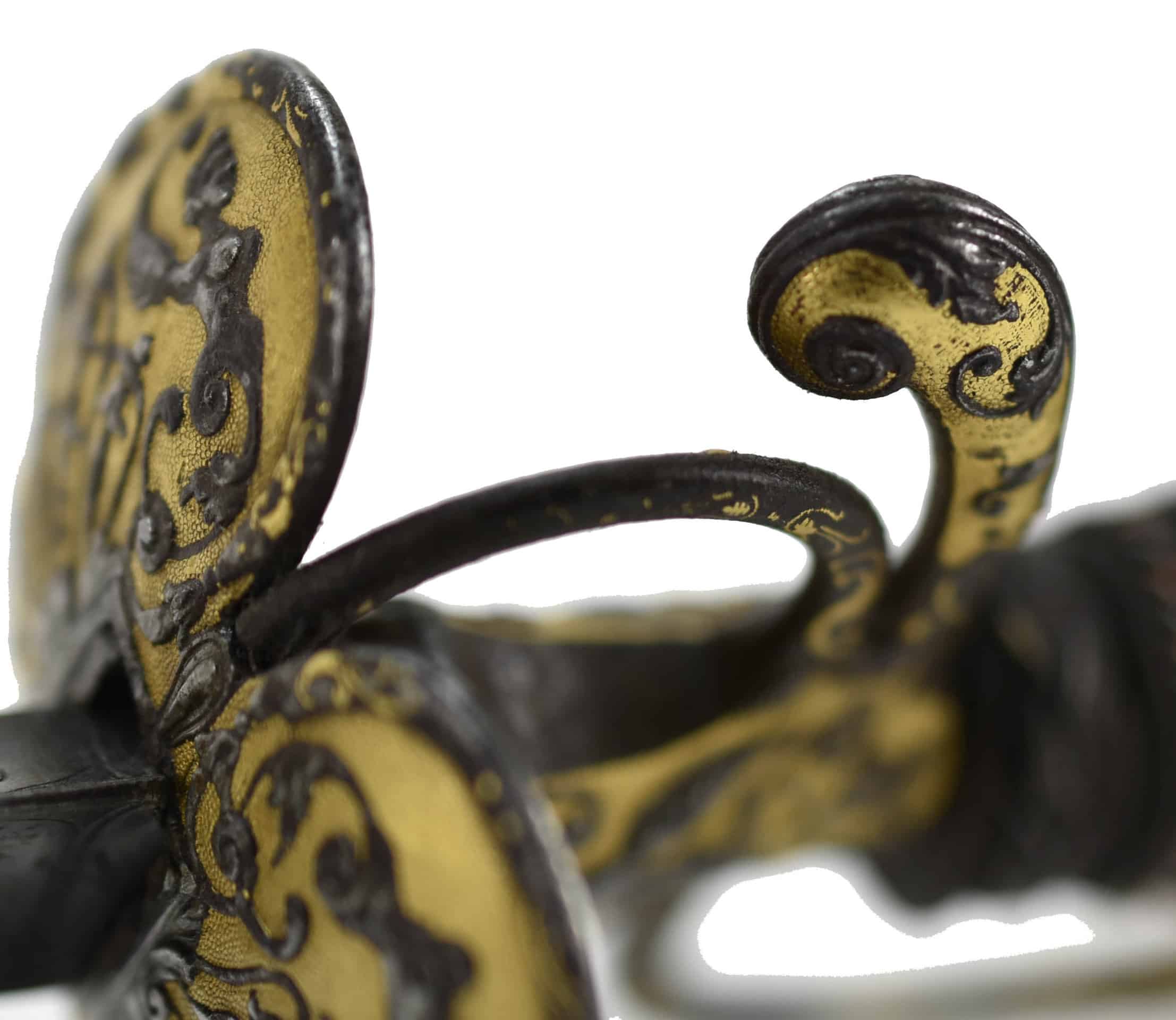 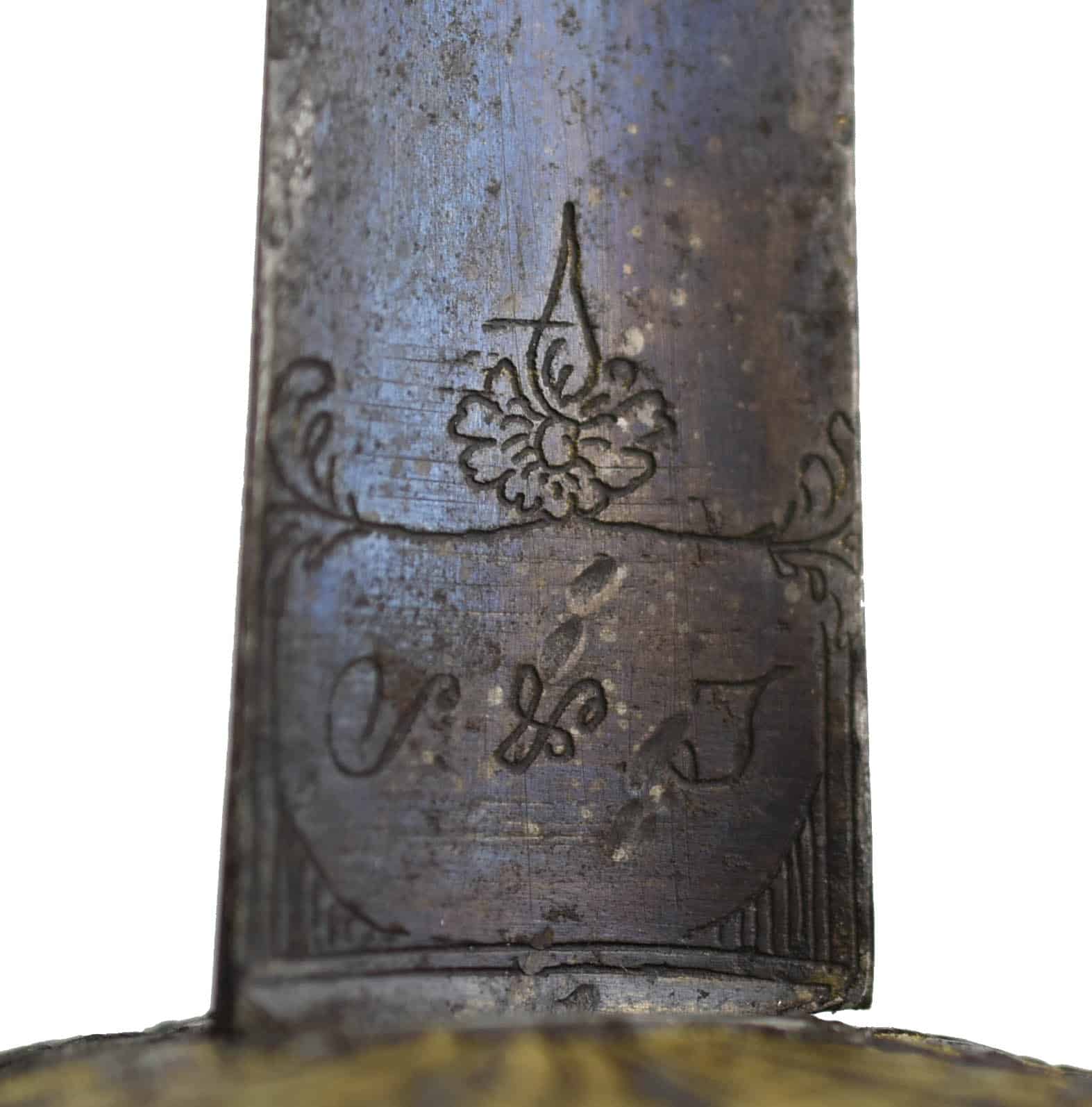 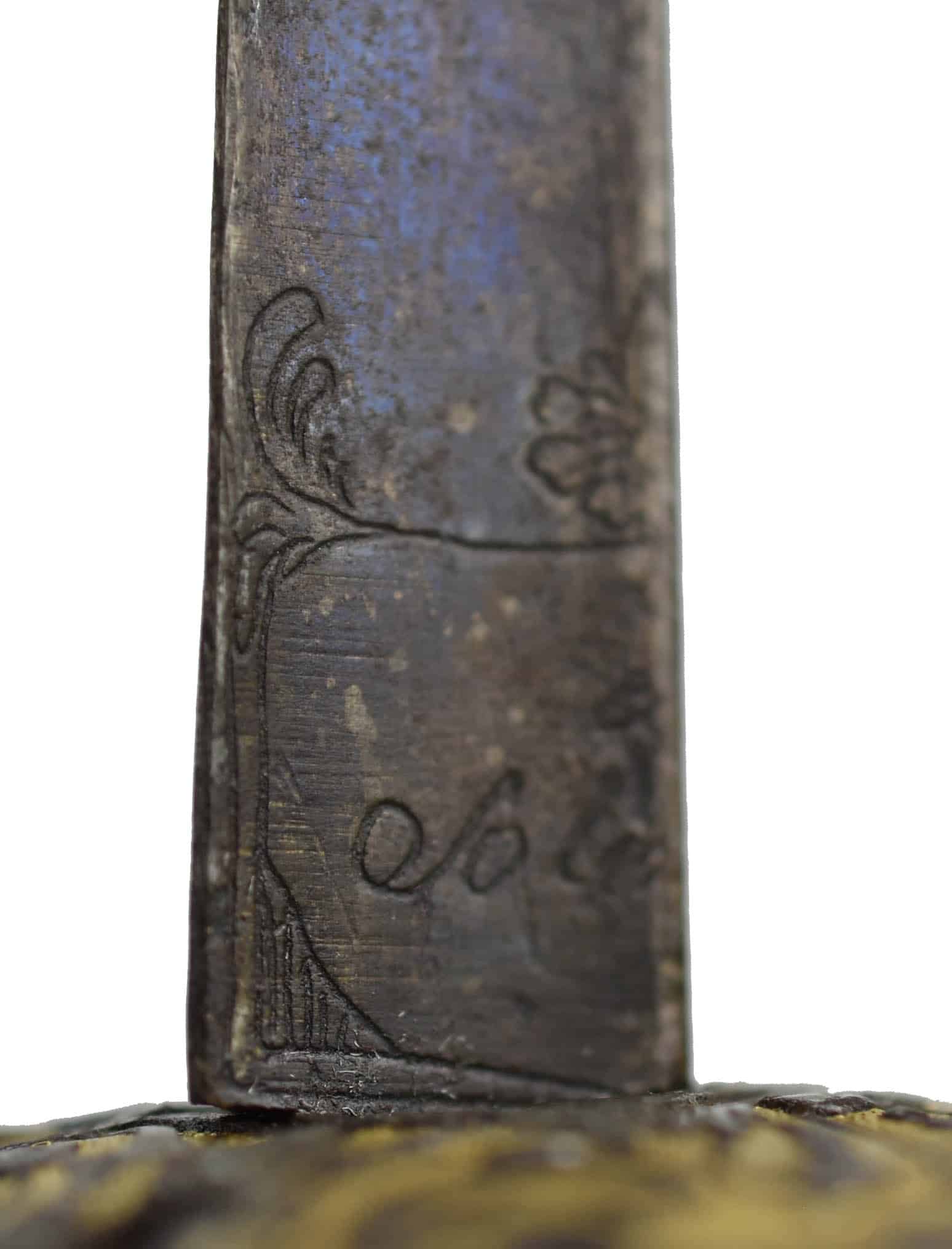 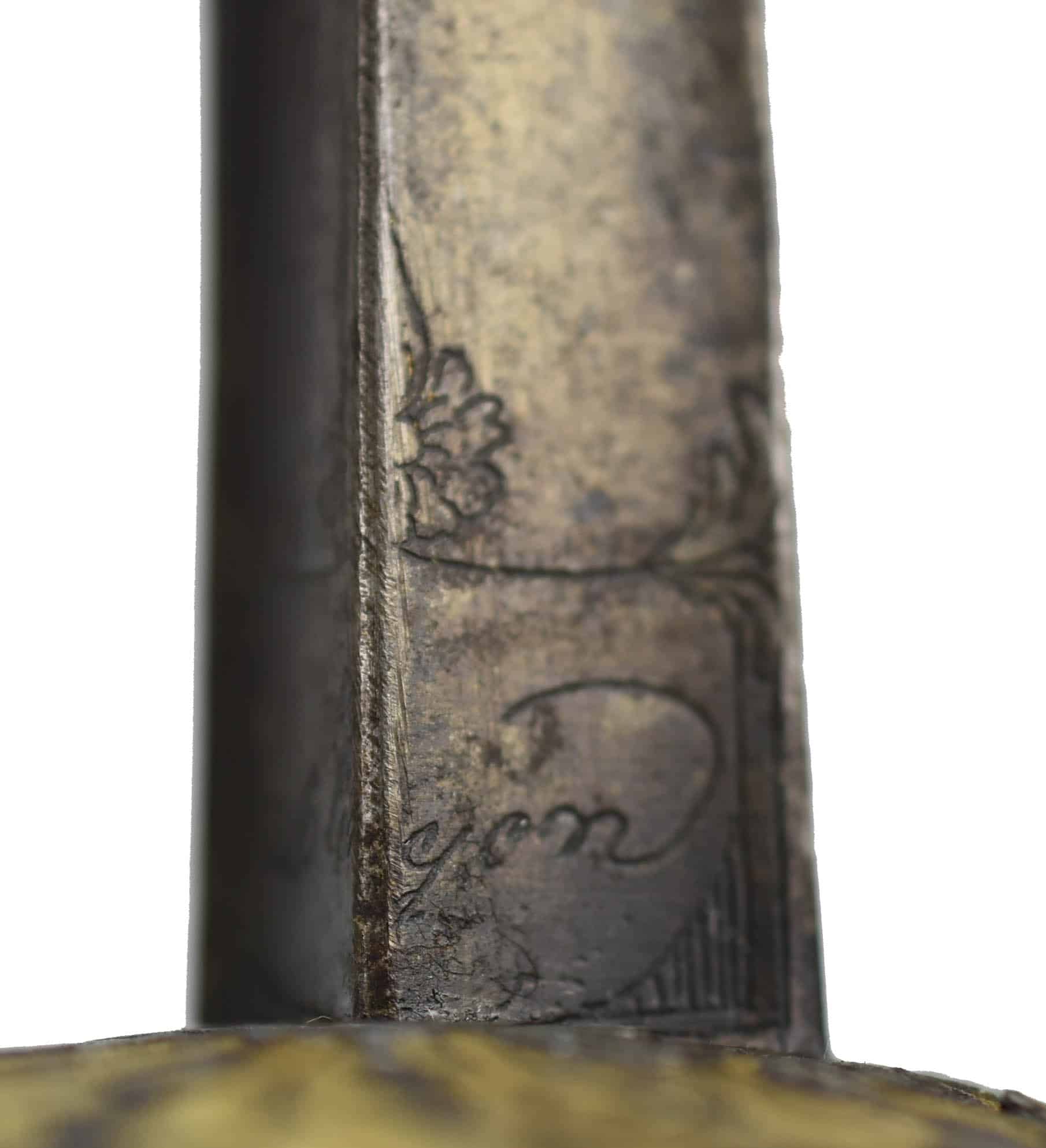 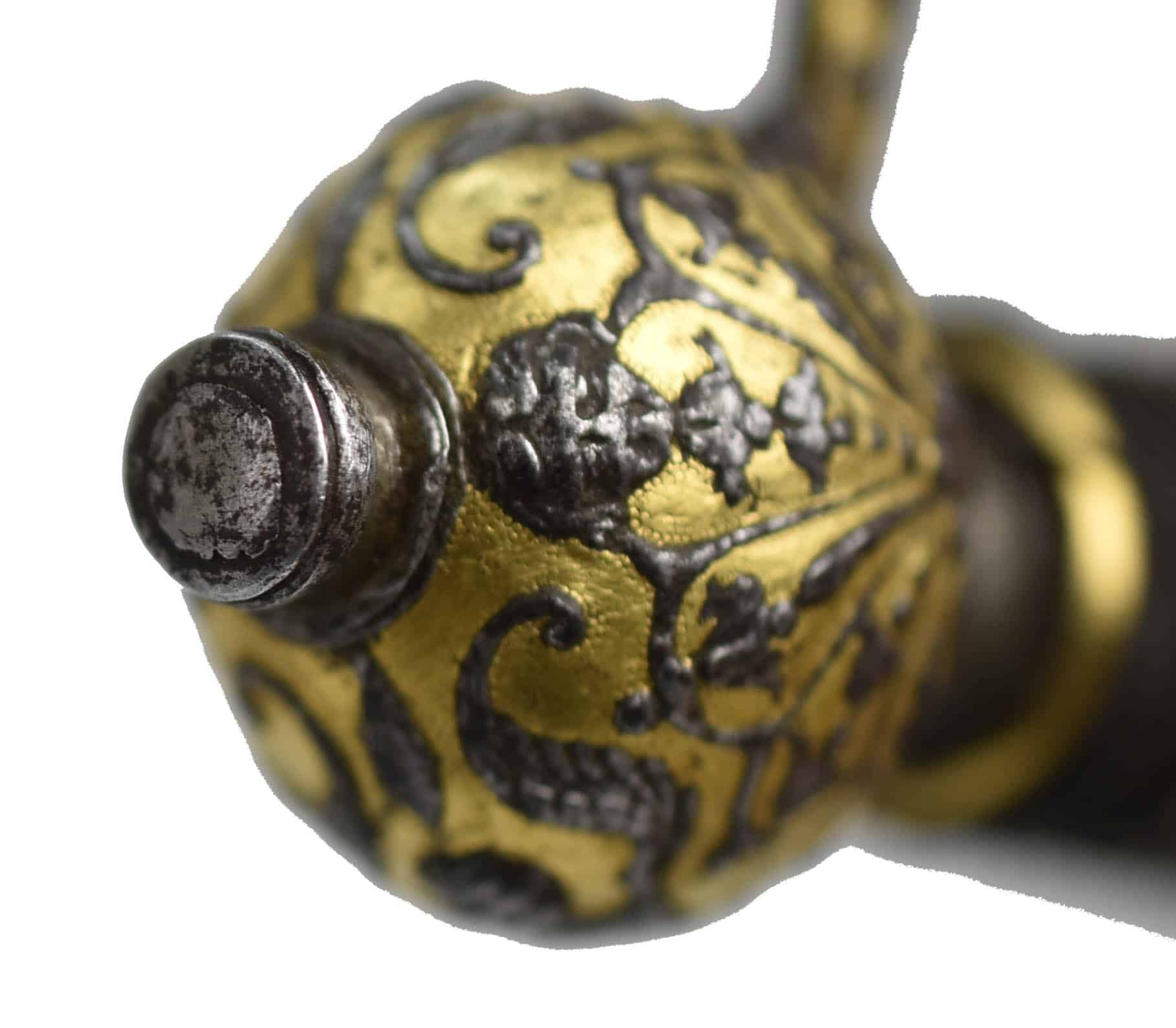 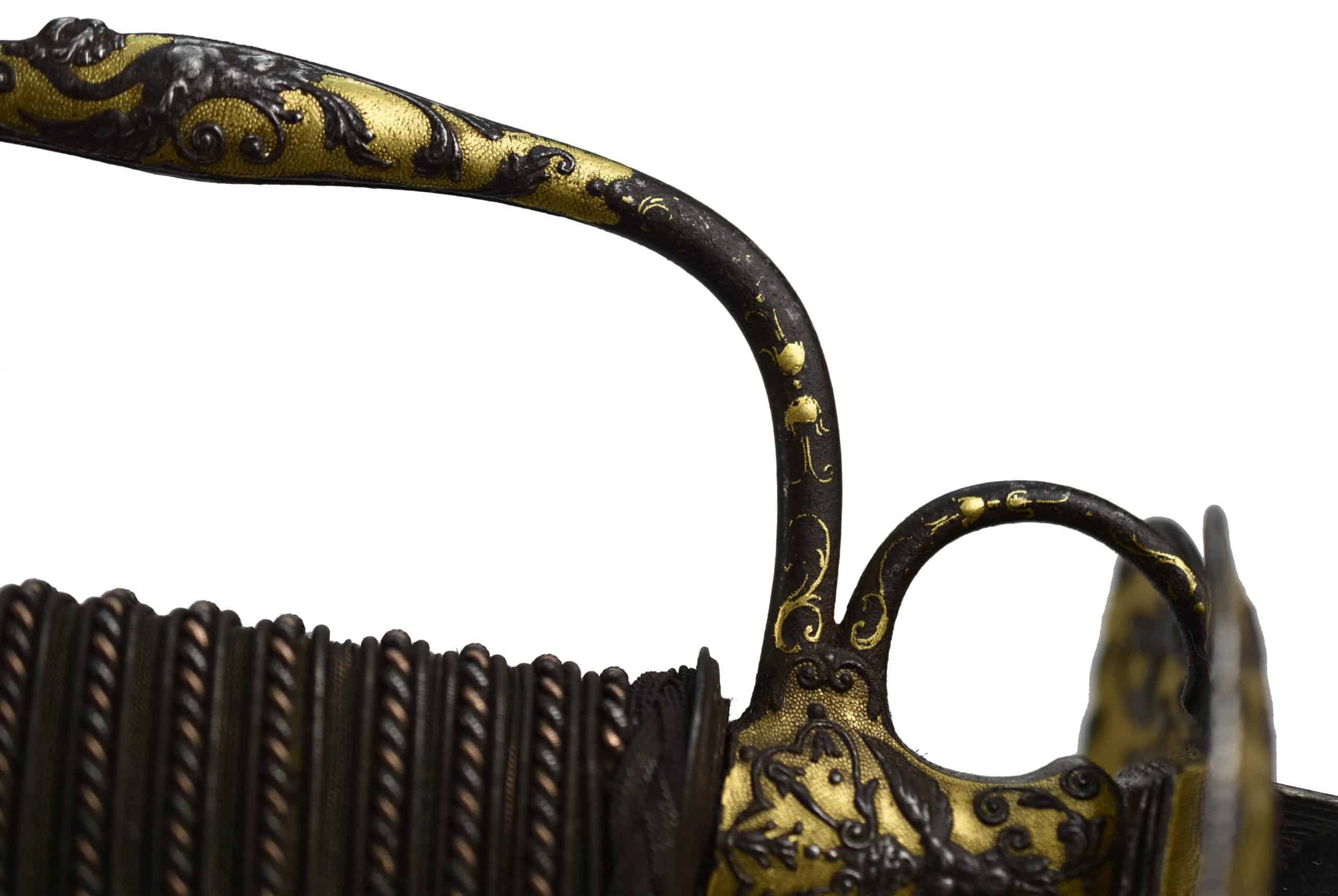 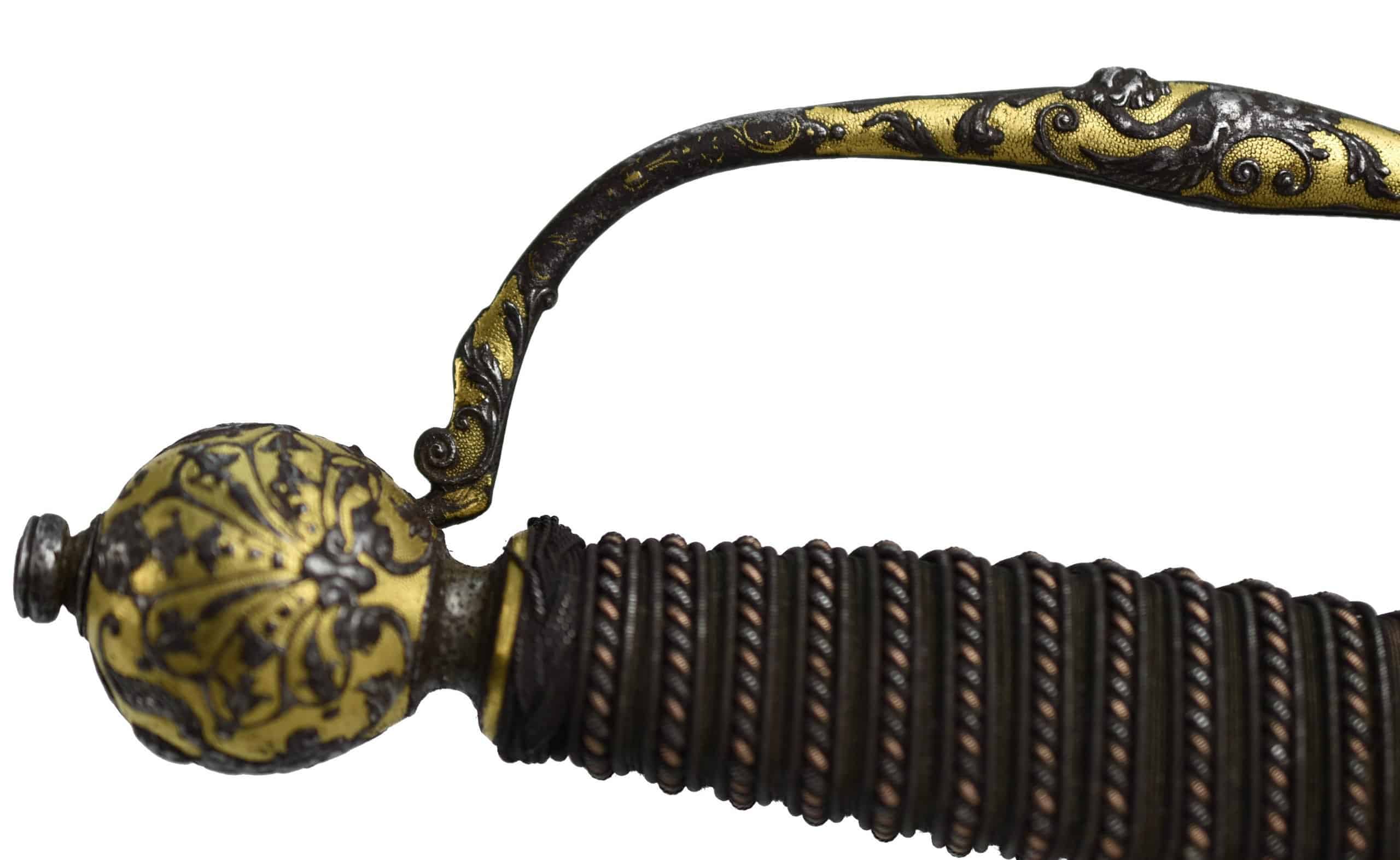