The ‘Pengapit’ keris with straight blade is ment as a guard of ‘Pusaka’ and considered as a sacred heirloom. It was made during the reign  of ‘Susuhunan‘ Pakubuwono X. The shape and quality, which matches the period and  the ‘X’ marked in the base of the ‘Pesi ‘ indicates this as well.

The title ‘Susuhunan‘ (King of Kings) was ment for the highest rulers of Indonesia. Pakubuwono X was the tenth successor in a long royal tradition. He reigned from 1893 until 1939 making him the longest reigning ruler of Surakarta. During his life he was awarded with more then 25 important international military medals. He lived in the ‘kraton‘ (palace) and had more then 40 official woman who descended from Javanese royalty. While his function was purely ceremonial and diplomatic under Dutch colonial rule, his role was considered of diplomatic importance in governing the land. 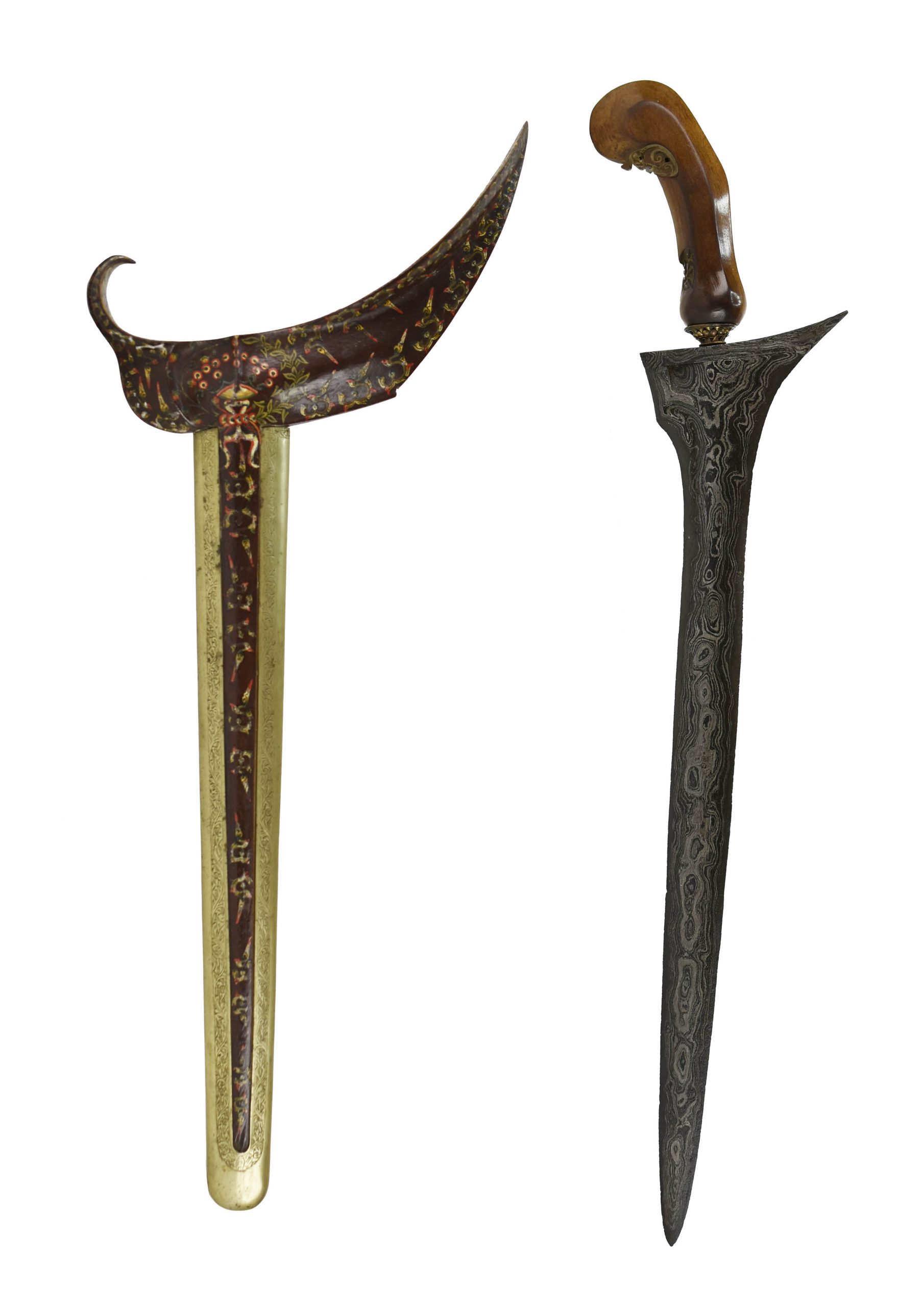 The blade (Wilah):
A straight form which represents a resting ‘Naga‘. Consisting of a ‘Ganja’ (guard) and a double edged blade slightly lopsided ending towards the tip. The ‘Peksi’ or ‘Pesi’ which is the tang of the blade where the hilt was fitted, is rounded and has a marked ‘X’ on the pommel which indicates the period of Pakowubono X. The traditionally forged blade has a pamor called ‘Wahyu Tumurun‘ and the ‘dapur‘ (shape) of the blade is called ‘Tilam Upih‘. The blade recently had a traditional wash and was treated with a special oil to preserve the blade. Giving it the respectful attention it deserves.

‘This pamor motif is formed by a series of fairly regular dots in the center of the blade. This pamor motif symbolizes that all mercy in the mind of man comes from the Almighty.

The magical power of pamor Wahyu Tumurun gives the possessor an attitude that radiates competence and always receives the blessing of the Almighty. 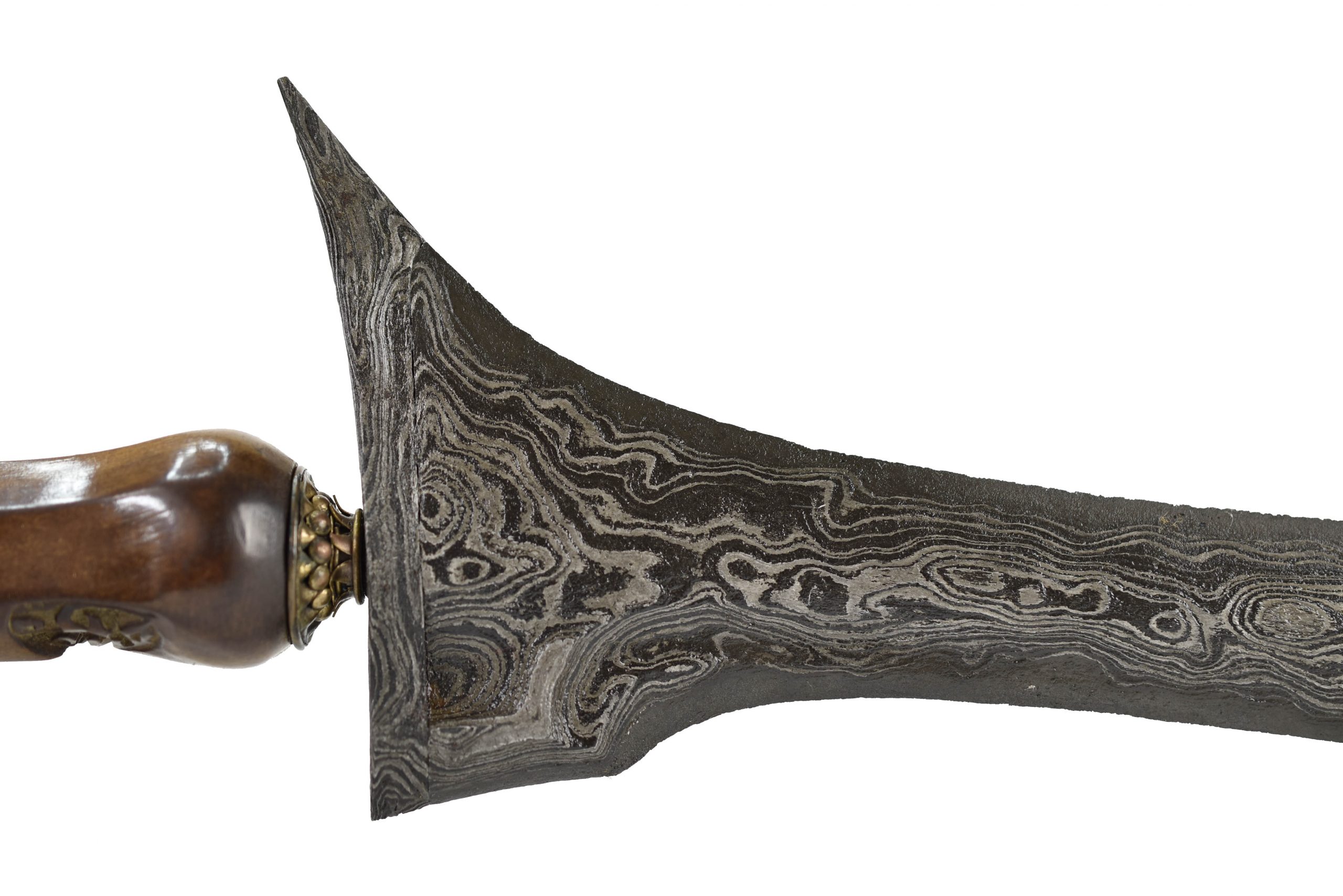 The hilt (Ukiran):
Of pure Solo form, commonly seen on Java and typical for the Surakarta (Solo) region. It shows a fine tight woodgrain and is nicely patinated due to its age. The characteristics from the Solo hilt are the six sides, the slight bend top and typical protrusion which is called ‘Citak’. The inside of the hilt is depicting two very stylized masks. The ‘mendak’ is made of gilded copper and in Javanese style with small pearls combined with floral petals. 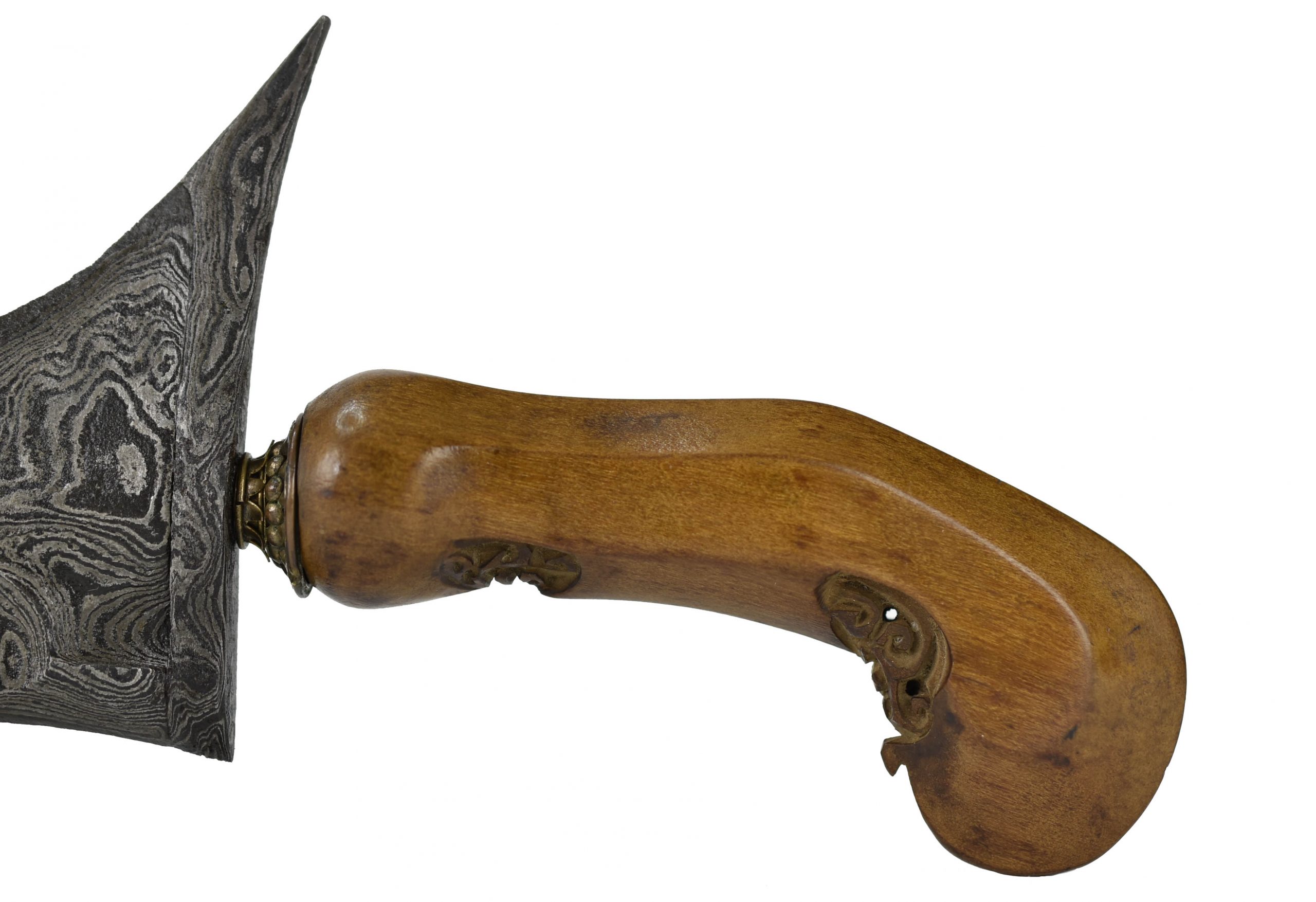 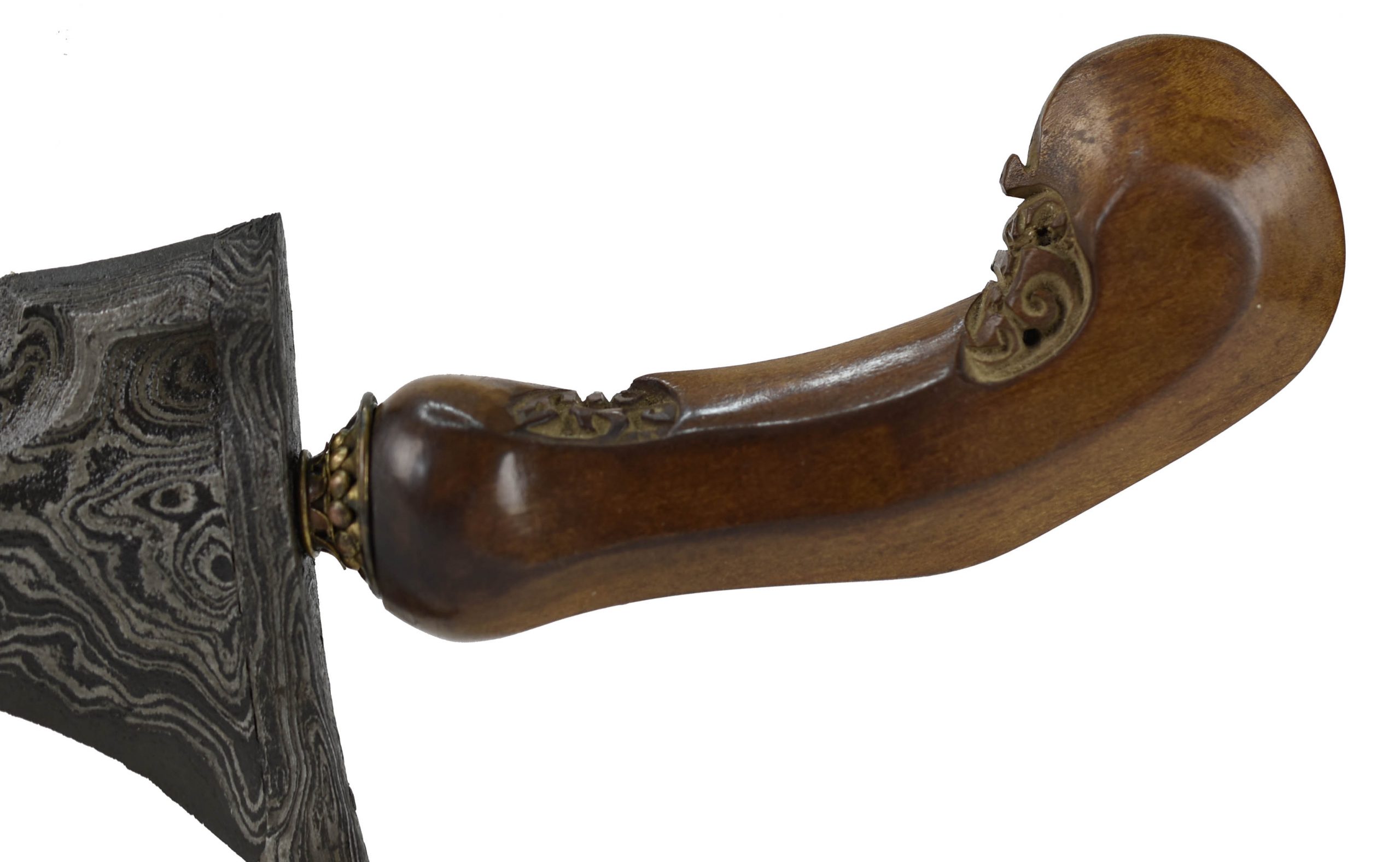 The dress:
Of pure Surakarta style with a sharp cut ‘Wrangka‘ (ship) and a wooden ‘Gandar‘ (scabbard) which was covered by a brass ‘Pendok‘ (scabbard cover) The scabbard is covered in plaster which was polychromed afterwards. The sides show royal crowns with ribbons and foliage, while the inside of the ‘Wrangka’ shows the royal coat of arms with the initials P.B.X. On the other end a royal crown can be seen accompanied by ribbons in red, white and blue, the colors of the Dutch national flag. 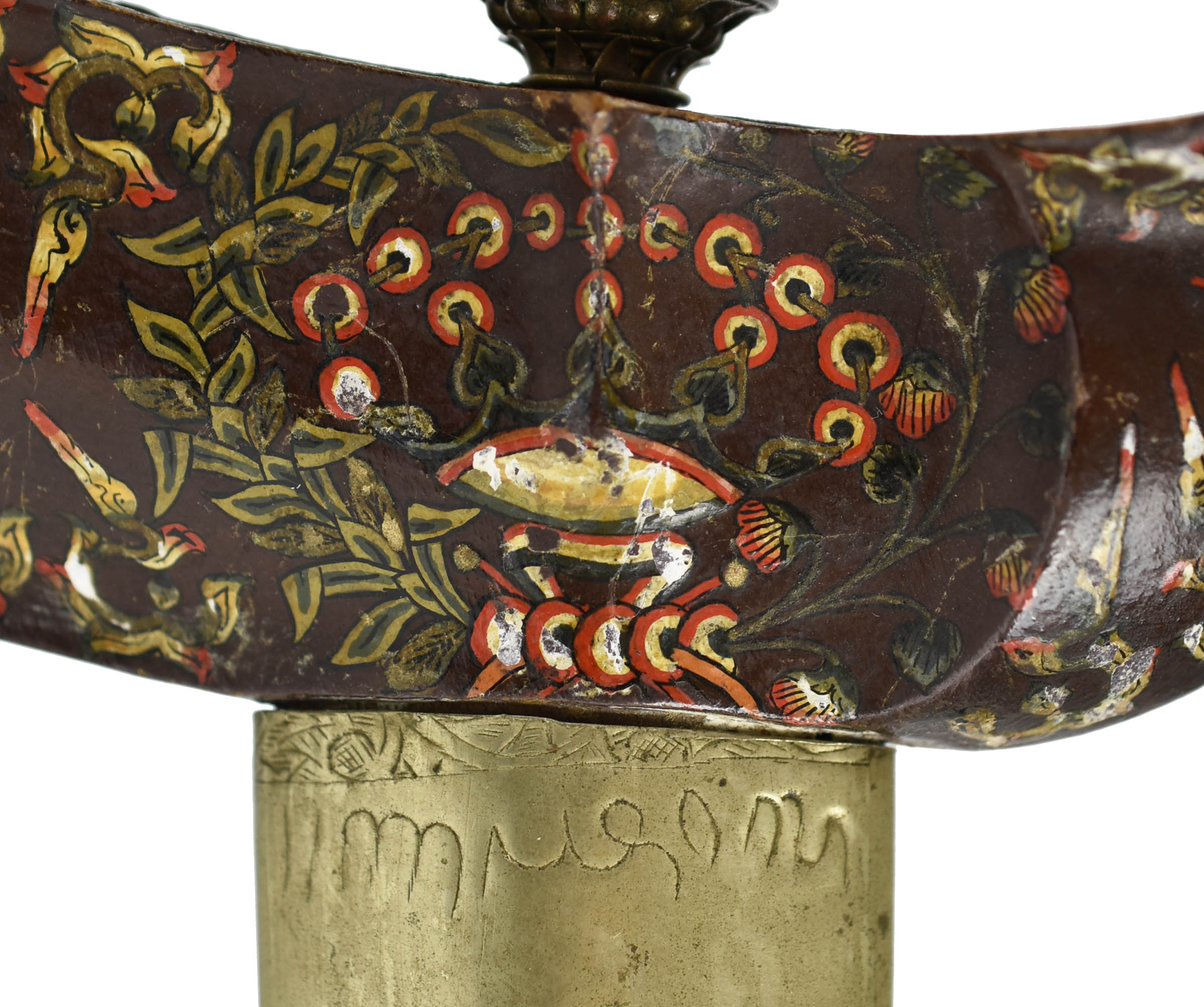 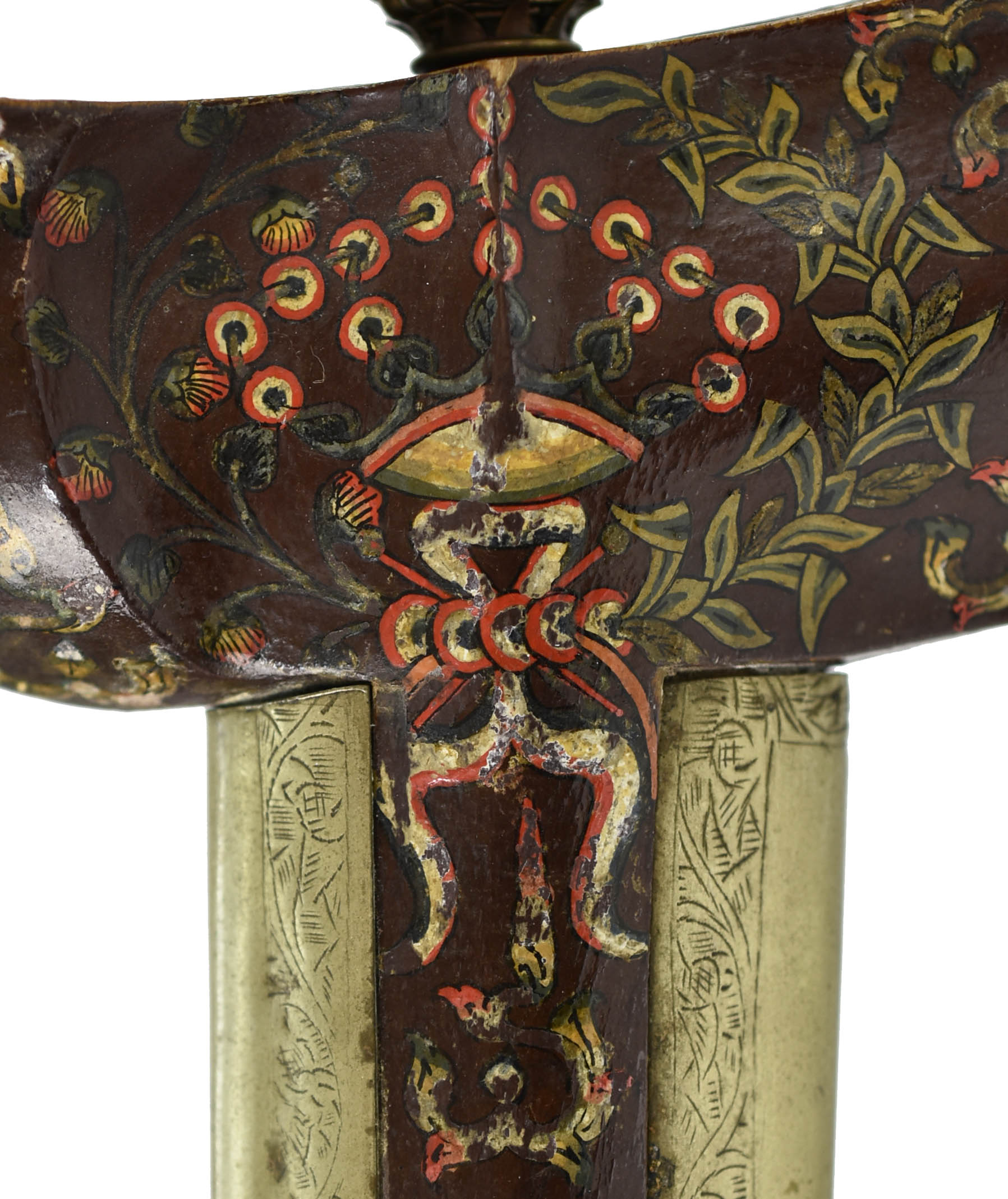 Dating:
The keris can be dated as ‘Pakuwubono X‘ period, however the blade form and style originates from the reign of ‘Pakowubono IV’. This example was fit in the PB X dress and the tang is marked with an ‘X’ as well. The ‘pendok’ of the scabbard is dated 1874. These clues makes it safe to date this piece ‘Pakowubono X‘ period.

Conclusion: A rare keris in original condition, professionally washed and treated. The excellent preserved blade is of high quality and perfectly fits the dress. A keris of royal origin with an important locally believed tradition of being the ‘keeper of heirloom’ and regarded sacred.

Condition: Very good, the blade is excellent and has minor superficial rust spots which have been well cleaned and washed. The dress has some pieces of plaster missing, but further polychroming is contained with renaissance wax. 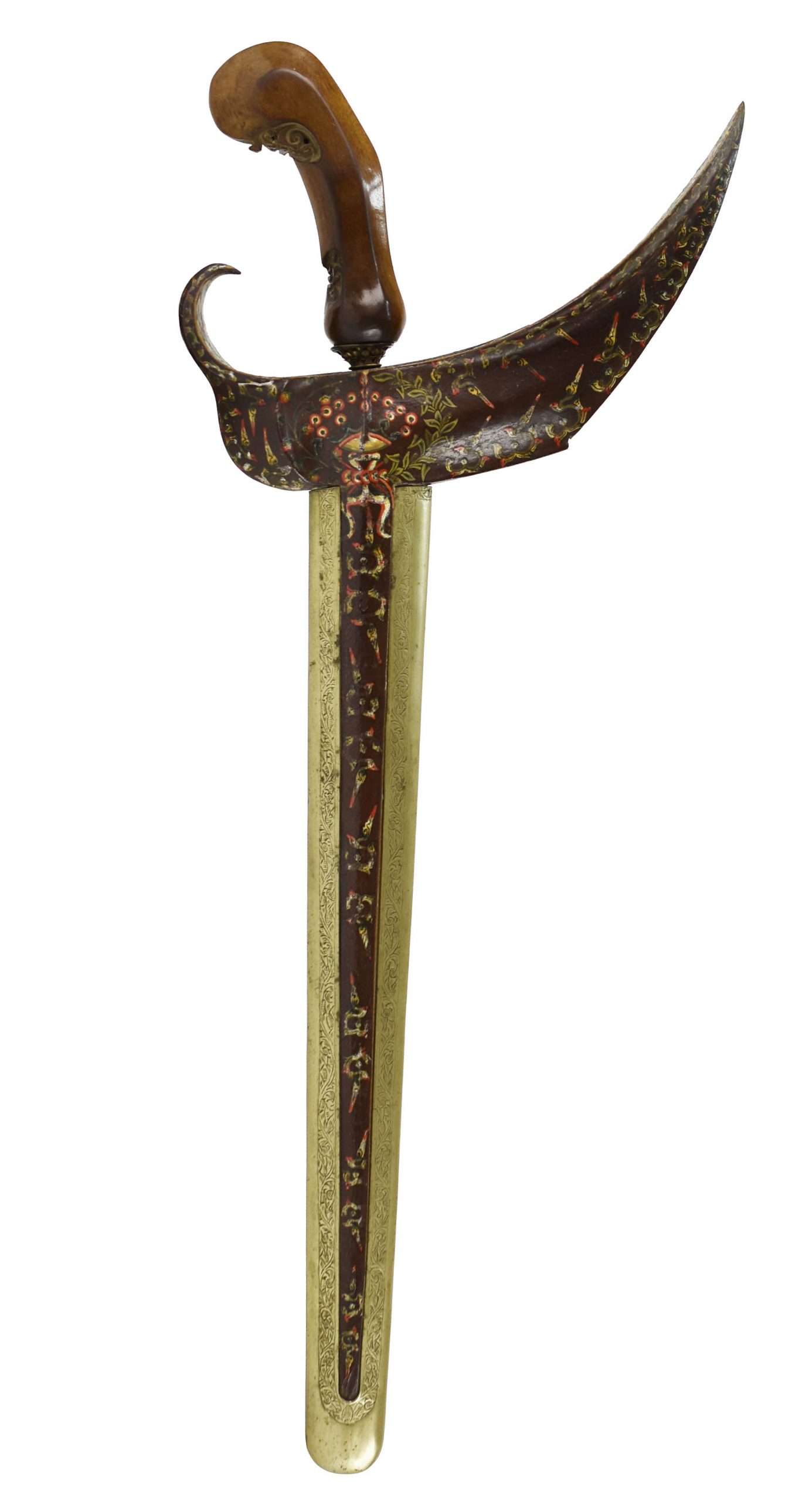 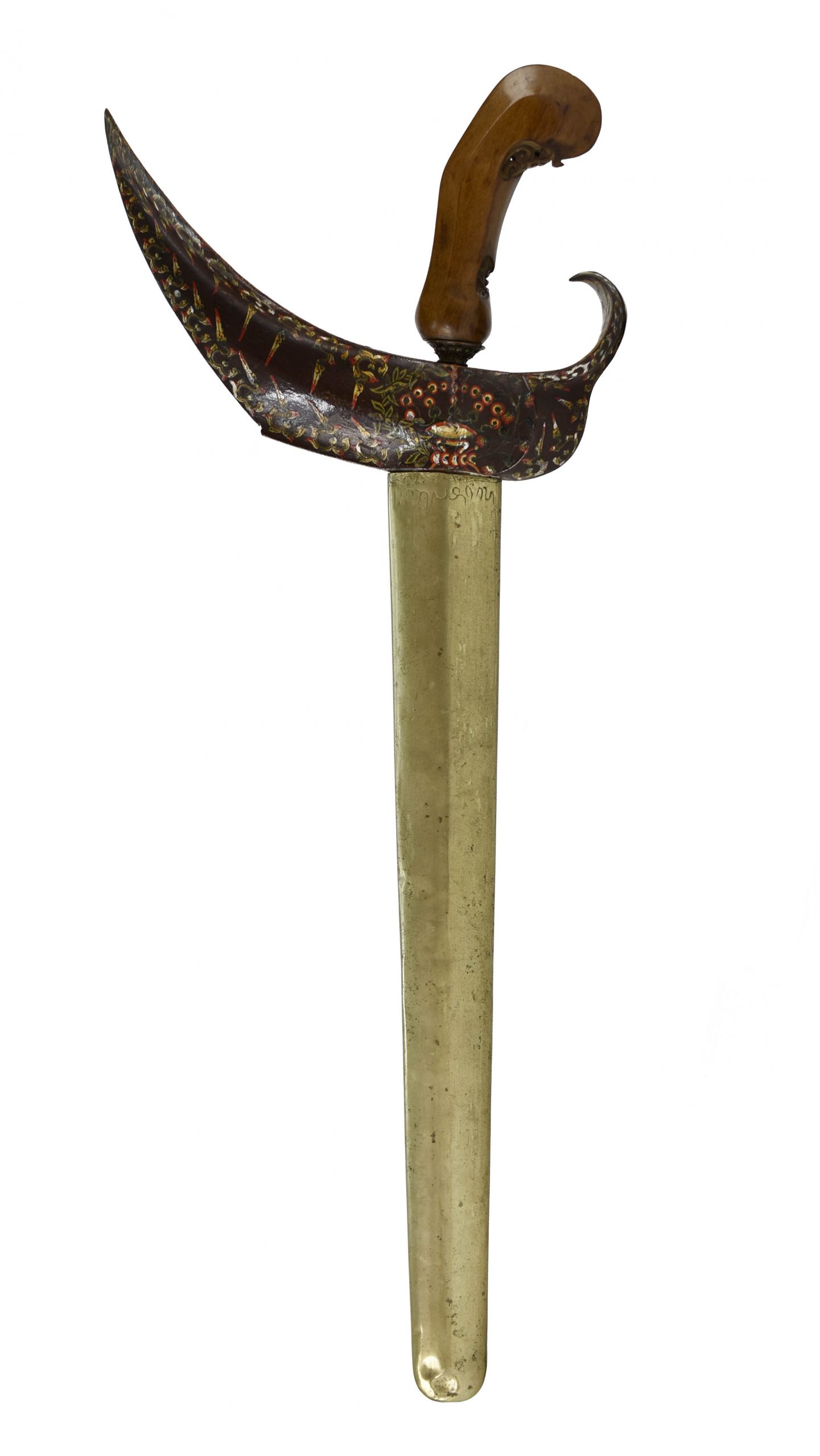 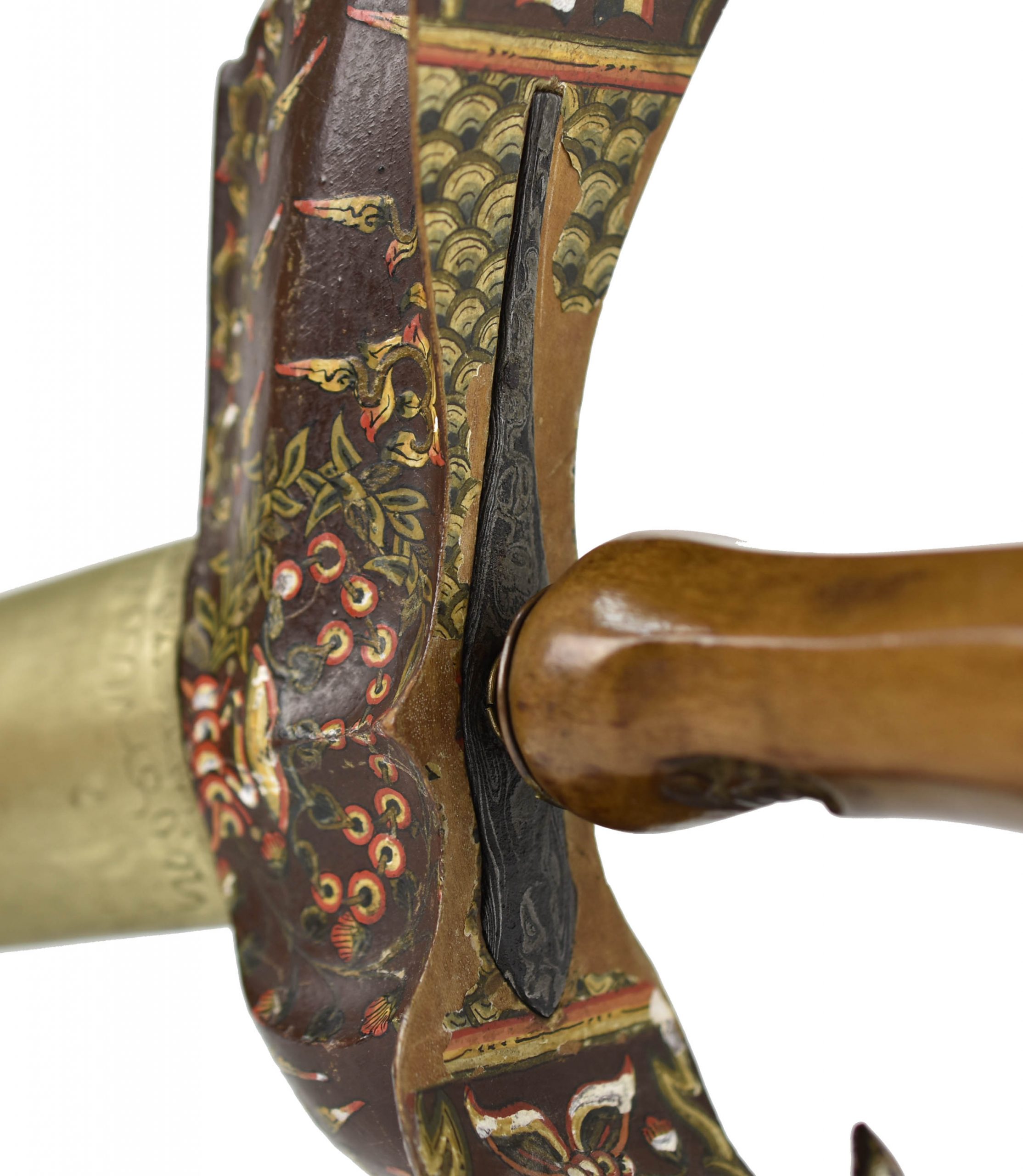 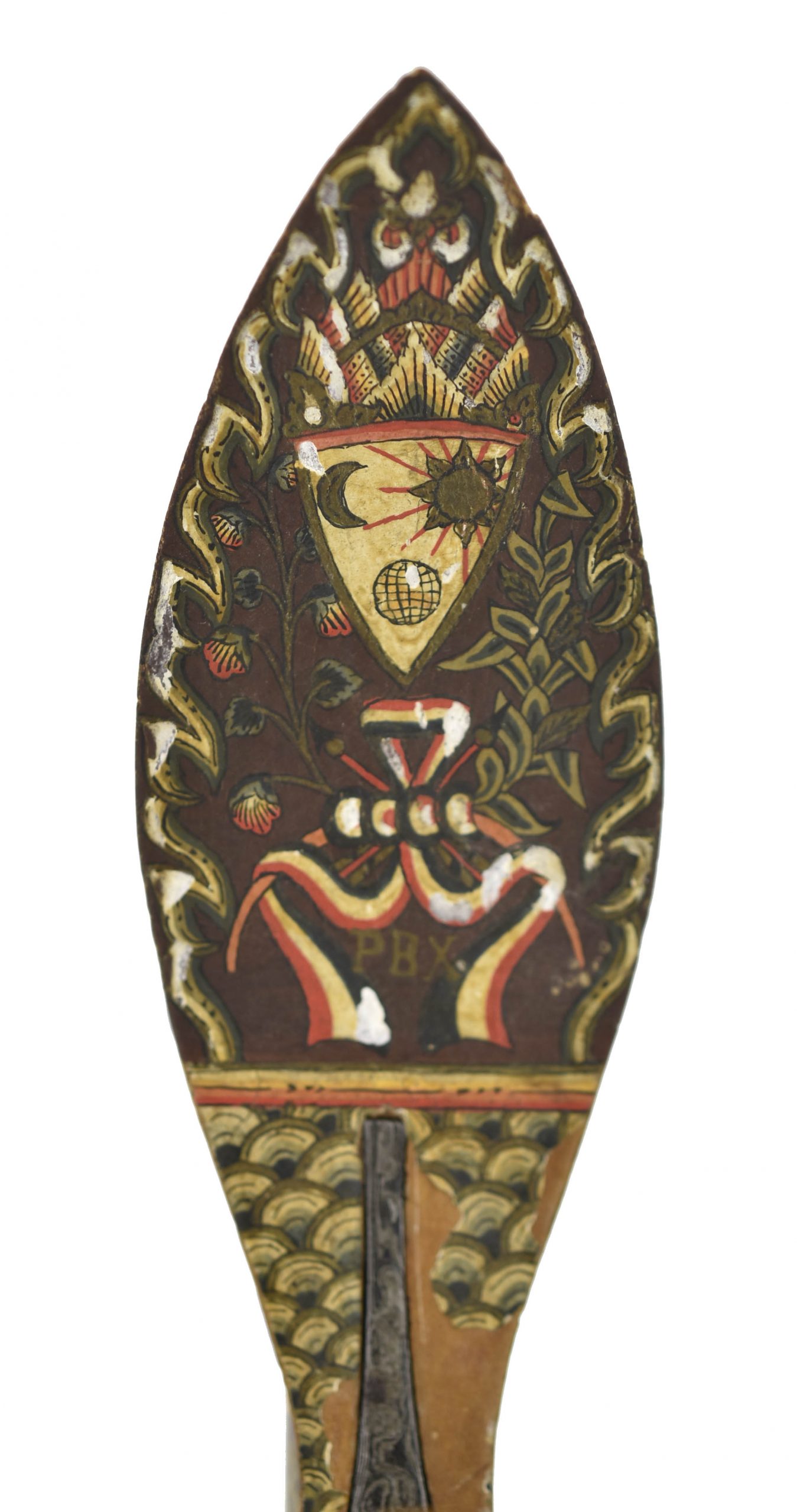 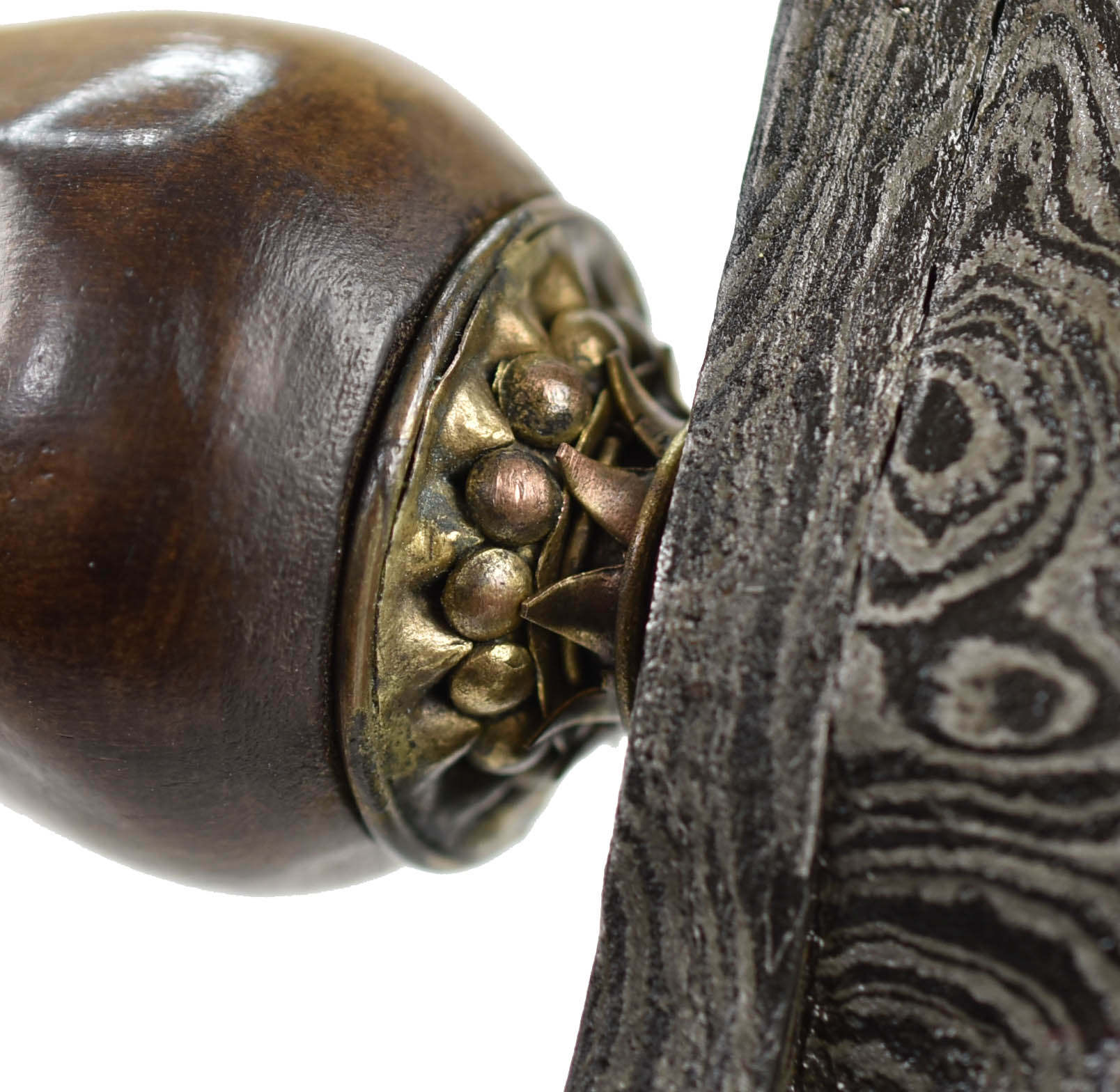 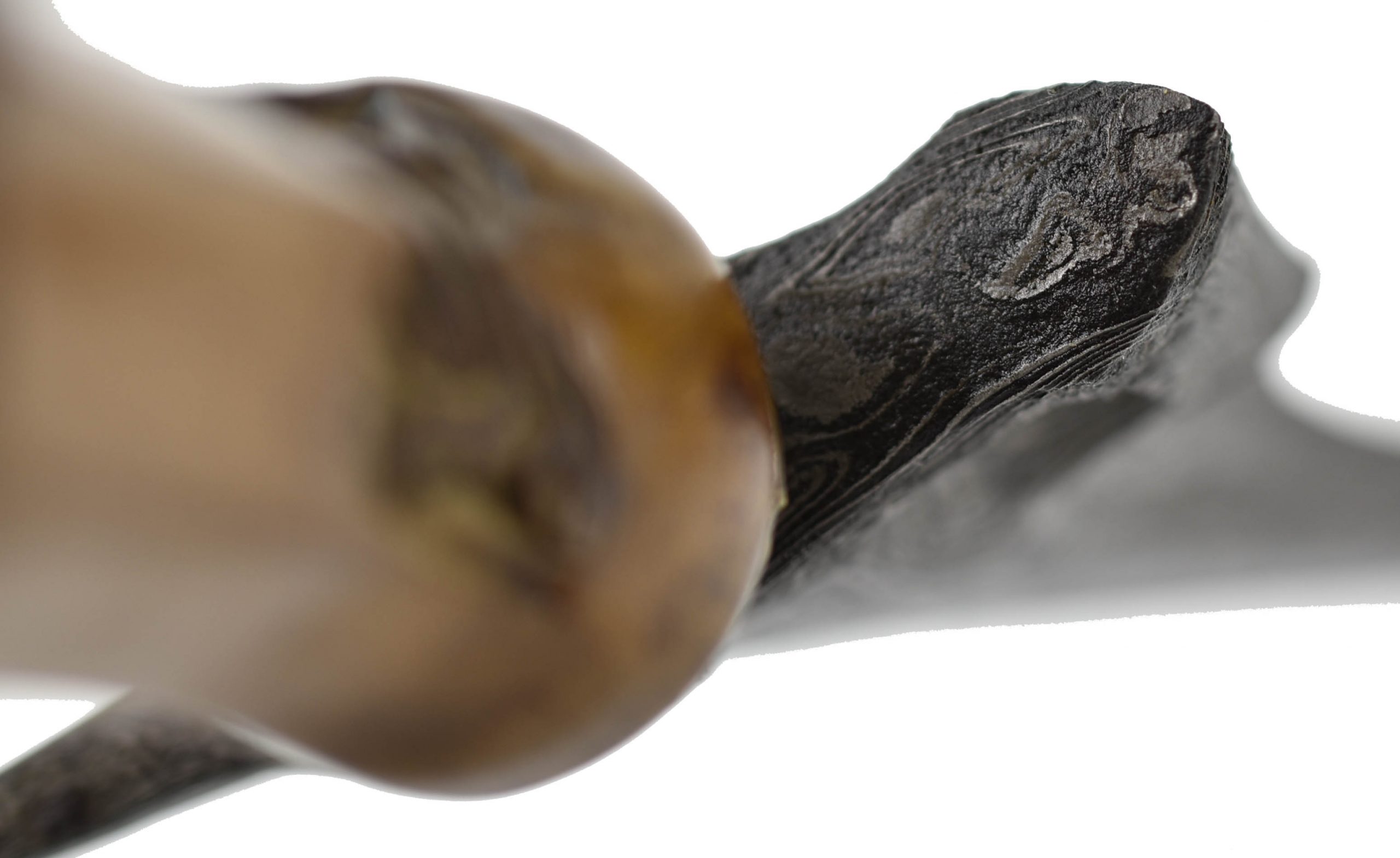 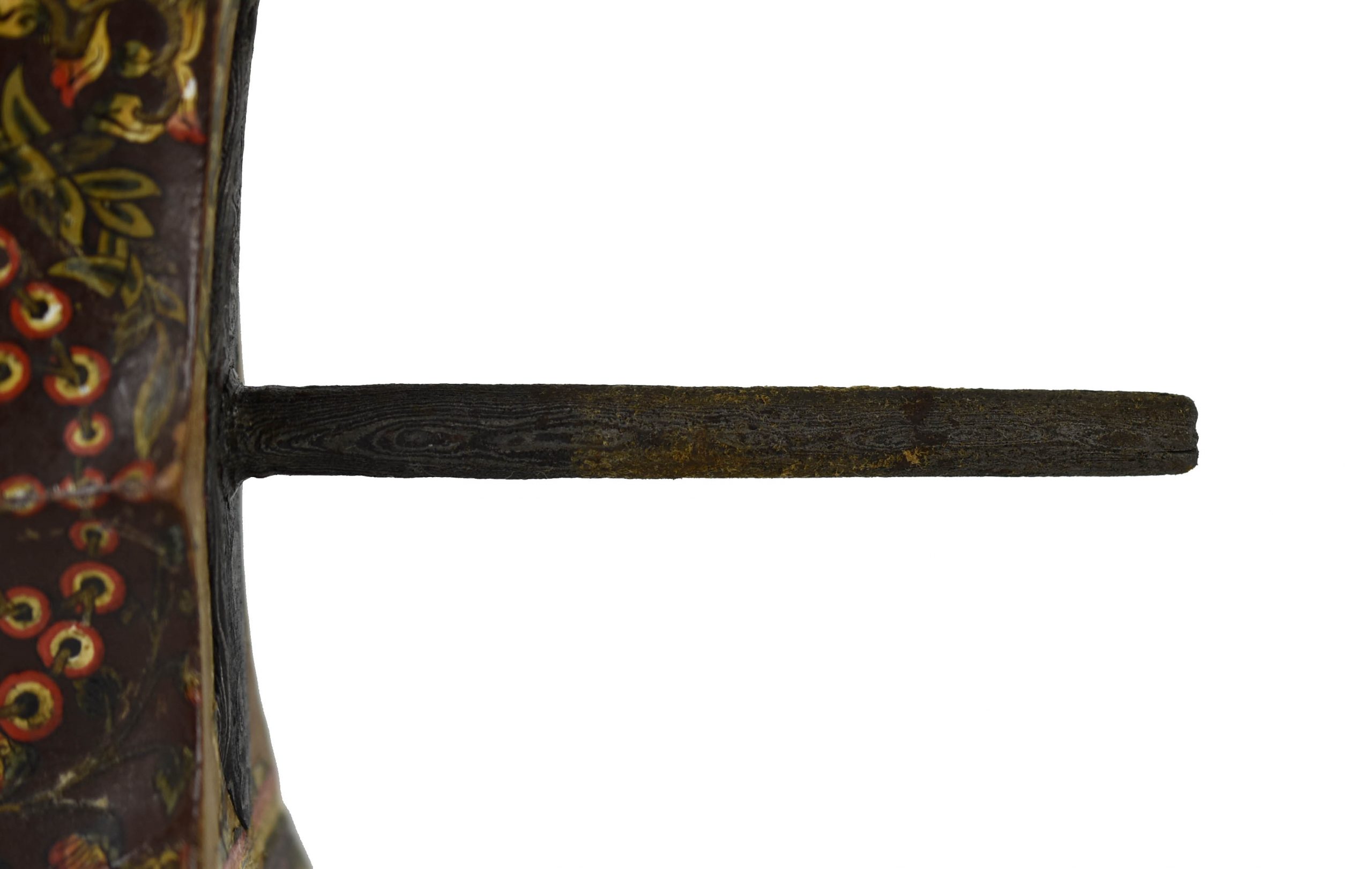